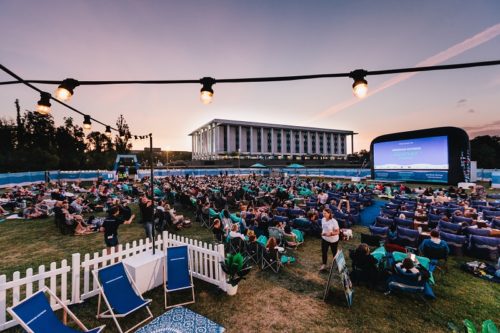 UNDAUNTED by the atmosphere, the Open-air Cinemas returns to Canberra from tonight (January 8) with its annual festival  program of food and films.

Gates open at 6pm on the Patrick White Lawns, next to the National Library, and the first of 32 screenings,   “Ford v Ferrari,” starring Matt Damon and Christian Bale, commences at sunset.

The 2020 program features recent box office hits such as “Hustlers”, “Joker” and “Charlie’s Angels,”  while “Bombshell” and “A Beautiful Day in the Neighbourhood” starring Tom Hanks, will precede commercial release.

Other highlights will be “Jojo Rabbit”, “Star Wars: The Rise of Skywalker”,  “Grease Sing-Along”, “Frozen II” and “Jumanji”.

Giesen Wines will offer sampling on Wine Wednesdays throughout the season.

Loungers and blankets can be hired online.

Neighbour fees after being shot at