A DENSELY planted, shady cottage garden framing a 1925 pink weatherboard cottage in Bungendore will be open on the weekend of November 14-15, along with three other nearby gardens.

Owner Suzanne Clubb says that when she moved into the home in 1989, the garden was “a bit of a mess” and the westerly sun felt like a “blast furnace” on the old house.

“I planted birch trees and a liquidambar for shade, then the garden evolved with fragrant plants I liked and some that were gifted to me,” she says.

There’s also lots of pink, which matches the house, but Suzanne says that wasn’t planned.

With a fondness for an “unrestrained” look in the garden, Suzanne was inspired by landscape designer Edna Walling’s naturalistic style, which gave her the idea to create rocky outcrops, and Cheryl Maddocks’ book “Let the Garden Go”.

She says a friend suggested creating a cottage garden around the trees and the idea appealed.

“I mapped out some paths with an old hose, moved the front gate so there was a more winding way up to the house instead of the existing straight concrete path, and started planting,” she says.

Many of the shrubs will be in flower at the open garden, Suzanne’s first time as part of Open Gardens Canberra, including a range of roses, viburnum, mock orange or philadelphus, crabapples, lilacs, camellias, pomegranates, wintersweet and dahlias.

Deciduous tallow, pistachio and elderberry provide shade and privacy in summer and light in winter.

Suzanne’s 0.2 hectare garden also has a large chicken run and fruit trees, with an old blacksmith’s forge at the back. The plantings at the rear frame the house, with a courtyard, three water tanks and plenty of the scented plants that Suzanne loves.

Suzanne’s next-door neighbour’s garden, “Emily’s Cottage” at 86 Ellendon Street can be accessed via a gate connecting the spaces, with sunny, open areas, vegetable and berry garden beds and a flower meadow garden.

Suzanne’s garden, 89 Ellenden Street, Bungendore, will be open on Saturday, November 14 and Sunday, November 15. It costs $20 to visit all four Bungendore Open Gardens, children under 18 are free.

All four gardens will be open from 10am-4pm. Bookings essential on Eventbrite. There will be no ticket sales or memberships available at the gate. Join Open Gardens Canberra for $25 and all gardens are free for a year. 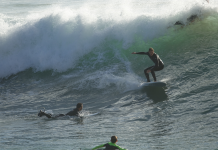 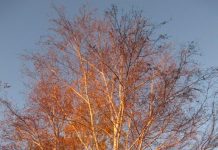 CityNews - May 7, 2021
0
The eastbound lanes of Southern Cross Drive are closed after two cars crashed at the intersection with O'Loghlen Street in Latham.