AFTER the disasters of the summer, finding a group of bright-yellow autumn crocus on a grey, wet day in a friend’s Yass garden lifted my spirits.

This group was planted many years ago and the variety name has been long lost, possibly “Mammoth Yellow”.

Crocus are extremely hardy, growing naturally in some of the toughest areas on the planet. Native to the Middle East and North Africa and across to Afghanistan, they are subject to baking hot summers to winter snows.

These are the autumn crocus usually planted in February for autumn flowering. Although with our recent summer they have been tricked into flowering earlier this autumn.

Most of the spring crocus are in the purple/mauve colour range.

CYCLAMEN is a similar tough plant originating from the same Mediterranean region as crocus, although particularly abundant in North Italy. Cyclamen hederifolium is possibly the best known and the easiest to grow.

Before the rains early in the month, our soil along with every other garden was rock hard. Despite this, the seemingly delicate pink or white flowers have appeared in our garden right on time, although totally devoid of leaves, which come later when the blooms die down in a mass of heart-shaped marble-coloured leaves of light and dark greens, similar to ivy. It makes a perfect ground cover for many months.

A COUPLE of jobs to do before Easter:

NOW’S also the perfect time to consider planting for colour in the winter garden. One plant that’s a perfect performer is polyanthus. In our garden, I don’t dig them up between seasons.

I was worried this year when all the leaves died in the extreme heat days. Within days of removing the dead leaves new ones started appearing. If the polyanthus are a few years old, now’s the time to dig them up and divide them.

With new plantings or after dividing them, water in with Maxicrop organic liquid seaweed plant fertiliser.

OBVIOUSLY floral art would not survive without a ready supply of flowers. Also there are fairly strict rules for competitions. Such rules go back a very long way and here I am drawing from “Vermeer’s Hat” by Timothy Brook.

As most readers would be aware, flowers appeared frequently in Dutch paintings. In the 17th century there was increasing interaction between the Dutch and the East, particularly China. Chinese porcelain played an important part also in these pictures.

Wen Zhenheng, who died in 1645, was a leading connoisseur. His advice for flowers was to “avoid vases with rings and never arrange them in pairs”.

For displaying flowers he said: “Any more than two stems in a vase and your room will look like a tavern”.

He said: “Europeans gaily stuffed flowers en masse in their newly acquired Chinese porcelain, such as the Dutch, who loved to paint them when they were not painting tavern scenes. 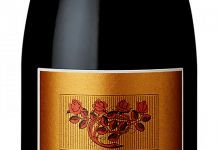 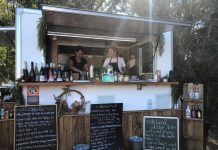