Turnbull goes out of his way in his book to nail Morrison’s games, and those of his office, writes poltical columnist MICHELLE GRATTAN.

WITH nice irony, Malcolm Turnbull’s publisher was in a stoush at the weekend with Scott Morrison’s office over its leaking of the former prime minister’s autobiography, “A Bigger Picture”.

Hardie Grant Books revealed a Morrison staffer had distributed the Turnbull tome electronically to numerous people. In a sharp letter the publisher’s law firm ordered the staffer to “cease and desist” and threatened legal action.

On Sunday night – the eve of the book’s official publication – a spokesman for Morrison said: “The Prime Minister’s office will not comment on legal proceedings. Staff have been reminded of their obligations under copyright law, and of the high standards of conduct expected of them.”

The PMO staff member, Nico Louw, is said to have received an “unsolicited” copy of the book, and then sent it to a number of others. He has subsequently apologised.

Indeed the book has been scattering around like confetti.

Last Thursday The Australian, under the byline of national affairs editor Simon Benson, published an extensive report from the book.

Obtaining leaks is part of what journalists do and we can’t know where Benson got this one. The newspaper delighted in pre-empting Nine, that had rights to the book, and in raining on Turnbull’s parade which, given the unfortunate release time, in the middle of a pandemic, presents more challenges than the usual book tour.

In his nearly 700-page tell-all (perhaps not quite “all”) story, Turnbull offers his insight on Morrison as a political operator, drawn especially from their days as prime minister and treasurer between 2015 and 2018.

“Scott, like many other politicians, used leaks to ingratiate himself with journalists and newspapers – especially News Corporation’s Simon Benson and editors like Chris Dore and Paul Whittaker,” Turnbull writes.

“In return for a drip of good political stories, he’d be rewarded with favourable coverage.”

Morrison also, Turnbull says, “used leaks to front-run government decisions in the hope that by giving them a head of steam in the media, his colleagues couldn’t push back”.

As treasurer Morrison tried his tactic in a push to get changes to the GST, but went too far, infuriating Turnbull, and ended up embarrassed.

Morrison “unfortunately nobbled any chance of GST reform becoming a reality by front-running policy options in the media. Time and again he’d float ideas on the front page and monitor the public reaction before determining whether it was good policy or bad policy”.

Turnbull’s description of Morrison’s media style of favouritism is not a revelation to people within the Canberra beltway, whether they’re in government, the bureaucracy, or the press gallery.

Indeed it has become something of a joke. Even Morrison is known to have quipped about it at an off-the-record occasion.

In the picture he paints, Turnbull is ambivalent about Morrison, the man whose rise to the prime ministership he ultimately facilitated to stymie Peter Dutton.

The two were not serious rivals, because Turnbull was always going to reach the top job before Morrison, regardless of the latter’s ambition.

“We developed into a successful partnership” as PM and treasurer, Turnbull writes. Despite being irritated by Morrison’s behaviour, including the way he rubbed colleagues up the wrong way (especially Finance Minister Mathias Cormann), the two worked closely together, with Turnbull clipping Morrison over the ears from time to time in the wake of leaks.

But Turnbull goes out of his way in his book to nail Morrison’s games, and those of his office.

One incident was a story in The Australian quoting Liberal backbenchers suggesting a company tax cut should not be passed on to the big banks, linking this to the appointment of former Queensland Labor premier Anna Bligh as CEO of the Australian Banking Association.

The Bligh appointment had sent Morrison into a rage – his staffer Sasha Grebe had wanted the job.

Morrison told Turnbull he had never heard of the proposal to refuse the banks a tax cut until his office had been called for comment. A suspicious Turnbull then did some sleuthing; he traced the story’s origin back to Grebe.

“Scott denied Grebe was acting on his instructions and said he was devastated by his conduct,” Turnbull writes.

They then had a “very tough discussion” over the matter. According to Turnbull he told Morrison he and his office “were simply not trusted to be discreet by colleagues who believed he would independently enlist his friends in the media to advance his own agenda”.

Turnbull writes that after one lot of leaking, “Mathias and I were at our wits’ end as to how to manage Scott. As Mathias said, ‘We have a Treasurer problem’. And the problem was one of trust”.

In relation to another leak, “Scott adamantly denied any responsibility, but regrettably nobody believed him”.

After he was deposed by Turnbull in 2015 Tony Abbott was furious with Morrison, believing he’d been part of the plot. In a much remembered radio interview, shock jock Ray Hadley demanded Morrison swear on a bible (which Morrison couldn’t locate in the studio) that he had not betrayed Abbott.

Turnbull records Morrison had revealed early on that he saw himself as a replacement for Abbott if the then PM continued to under-perform.

He writes that at a dinner they had in December 2014, Morrison indicated he felt Abbott “would have to go by the middle of 2015 if his performance didn’t improve.

“He was closely in touch with the key figures in News, he told me, and said they were getting ready to dump Abbott. And he made it clear he saw himself as the successor”.

In the September 2015 coup that installed Turnbull, Morrison was “working actively to assist me. We collaborated closely … Morrison’s public position, of course, was that he supported Abbott, but few insiders were taken in by that”.

During the first vote of the 2018 coup week that ended Turnbull’s prime ministership, “Morrison sent me a note while the ballots were being distributed … Turnbull is on my ballot”.

“Subsequent accounts of these events indicate that [Morrison backers] Stuart Robert and Alex Hawke had organised about half-a-dozen of them to vote for Dutton – enough to lift his numbers up to a level that damaged me but didn’t get Dutton over the line. If Morrison’s friends had voted the way he said he did, the Dutton insurgency would have been utterly dead that morning”.

After he and his supporters had played fast and loose in coups, as prime minister Morrison secured a change of party rules to protect himself (and subsequent Liberal prime ministers) for the future.

Turnbull is grudging about Morrison’s election win, acknowledging his successor’s understanding of “marketing and messaging” but arguing “the truth is that Labor lost the election that the Coalition, after the August coup, didn’t deserve to win”.

Morrison is now confronted with a crisis which puts the challenge of that election in the shade. Turnbull must rehearse in his mind how he would be performing in today’s circumstances.

In this new world, the Abbott and Turnbull governments seem a long time ago. But Turnbull, a former journalist, is a skilled writer and his book – which also deals with solid policy matters – is a readable and racy account of a period that saw a lot of bad behaviour by Coalition figures, including the author himself.

As for those players who say they won’t read the book – they’ll certainly be scanning its ample index. 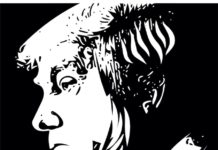 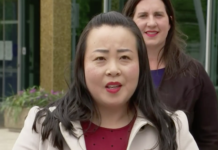 Pet-proof flooring for the fur-babies