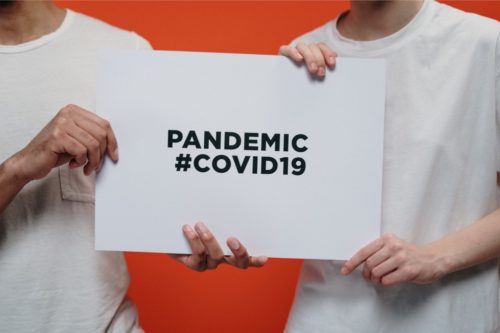 An overwhelming 90 per cent believe the US has performed badly. The US is rated at the bottom of a list of six countries, also including Singapore, the United Kingdom and Italy, in how well COVID has been handled, writes political columnist MICHELLE GRATTAN.

BOTH China and the United States have suffered reputational damage with the Australian public as a result of their handling of the coronavirus crisis, according to a Lowy COVIDpoll.

Most Australians (68 per cent) say they feel “less favourable towards China’s system of government” when thinking about China’s handling of the outbreak.

Nearly seven in ten (69 per cent) think China has dealt with it badly.

An overwhelming 90 per cent believe the US has performed badly. The US is rated at the bottom of a list of six countries, also including Singapore, the United Kingdom and Italy, in how well COVID has been handled.

In contrast, 93 per cent think Australia has done well so far.

Building on the anti-Trump feeling that showed up in earlier Lowy polling, 73 per cent said they would prefer Democratic candidate Joe Biden to become president at the November election, compared 23 per cent who want Donald Trump to be re-elected.

It comes as trade relations with China have become increasingly tense this week with disputes over Australian exports of barley and beef. China has suspended imports from four abattoirs in Australia and threatened hefty tariffs on Australian barley.

Although the barley row has been going on some time, as have some of the beef complaints, the actions on both fronts are seen as retaliation for Australia pushing for a inquiry into the origin and handling of COVID-19.

As of late Wednesday trade minister Simon Birmingham had not been able to get in contact with his Chinese counterpart.

On Wednesday Queensland Premier Annastacia Palaszczuk said she was writing to Birmingham asking him to get a resolution to the beef dispute as soon as possible. She said thousands of Queensland jobs were involved.

Australia China Business Council CEO Helen Sawczak said: “To go out like a shag on a rock little Australia demanding an inquiry and insinuating blame was probably not a great foreign policy move.”

On the other hand some Coalition backbenchers have been taking strong public positions against China, complicating the government’s attempt to manage the disputes between the two countries.

Lowy’s Natasha Kassam, author of the Lowy report, said: “Despite Beijing’s efforts to shift the focus from its early mismanagement and coverup of the virus, to its apparent success in containment and providing support to struggling countries, Australians appear unconvinced.

“Australians’ views of China during the pandemic track with the previous downturn in sentiment towards China: in 2019, only a third of Australians said they trusted China, and the same number had confidence in China’s leader Xi Jinping to do the right thing in world affairs.

“As much as Australians have expressed disappointment in China’s handling of the outbreak, they are even more concerned by the response of the United States.

In the poll, people gave a big thumbs up to Australian medical authorities and governments. More than nine in ten (92 per cent) said they were confident the chief medical officers were doing a good job responding to the outbreak. The rating for states and territories was 86 per cent, and 82 per cent for the federal government. Confidence in the performance of the World Health Organisation was a much lower 59 per cent.

Australians are not retreating from globalisation as a result of the crisis. Seven in 10 people say globalisation is “mostly good for Australia”. This is consistent with 2019.

Some 53 per cent want “more global co-operation rather than every country putting their own interests first” in a global crisis.

A majority (59 per cent) say they are just as likely to travel overseas as before, when COVID is contained.

Asked their preferred sources of information during the coronavirus outbreak (and allowed to choose up to three), 59 per cent chose the Prime Minister and government officials, 50 per cent government websites, 50 per cent the ABC, 31 per cent newspapers and news websites, 28 per cent commercial, pay TV news and radio, 20 per cent social media, and 5 per cent word-of-mouth.