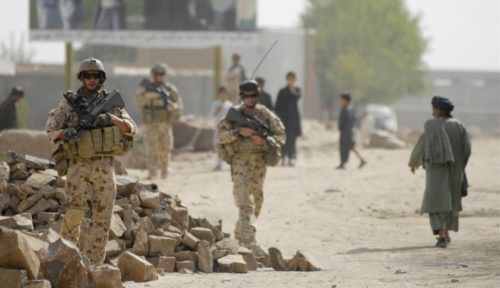 The awaited Brereton Report today identified more than 20 possible war crimes and murders by Australian SAS troops in Afghanistan in 2012 describing it as “possibly the most disgraceful episode in Australia’s military history” and recommending dozens of soldiers be referred to police and some medals be revoked. “CityNews” columnist and author ROBERT MACKLIN is unsurprised…

EVER since 2010, when I published the book “SAS Sniper”, I have been drawn into the fascinating world of the Special Forces operator.

“Sniper” was a big seller here and in the US and in its aftermath half a dozen retired operators sought me out to write their stories.

Two further biographies followed before I called a halt. Then in 2017, I drew the threads together in “Warrior Elite”, which explored the history of our Special Forces and the intelligence organisations that worked with them from World War II. This took me further into the shadowy world of the Special Air Services Regiment with its symbols, rituals and code of secrecy, and deepened my knowledge of its highly developed psychological framework.

I had been to Afghanistan only once, well before the first SAS troops arrived, but it was enough to appreciate the factors at play when the two worlds collided. And every conversation with my SAS friends has confirmed the mindset that has led to the horrors revealed in the reports released this past week.

In all wars, the official propagandists insist that the enemy is so different, so alien, that they can be regarded as less than human, thereby giving the soldiers permission to kill (or be killed) in battle.

In Afghanistan such propaganda was barely needed. The local male-dominated society was a communal relic of the 15th century. They regarded women as chattels, useful only in giving birth to sons and cooking meals. For sex they had boys.

They were tribal. Their laws were those of feud and vendetta. They had no attachment to the concept of truth; words and attitudes were tools to be deployed simply to produce a result. Into that unchanging world came the SAS operators selected and trained for a role that was almost equally alien to the values of most Australians.

In the SAS lexicon, “Selection” usually refers to the hugely demanding physical course that pushes candidates to their limits before being initiated into their tribe. In fact, it is much more than that. First up, there are written tests and “psychological evaluations”. Then comes the “barrier testing” that can winnow out some hopefuls before the pack marches, navigation exercises carrying 32-kilo packs in high summer and other tough challenges.

The physical side is important, but the real clincher is the psychological evaluation. These are examined forensically and shared with the officers in charge so that exceptions can be made in “passing” the candidate. The one vital element is whether he is sufficiently malleable to accept the values to be imposed from above. In Afghanistan this would often include the order to assassinate a fellow human being. That is the sticking point.

To assist him over the taboo the commanders will dehumanise the victim by designating him a “High Value Target” (HVT). They will place the operator in a small troop that includes someone who has already been “blooded”. These elements will cushion the new boy’s decision to break this final taboo.

It is a heady moment. Once it is passed, the operator’s personal moral compass collapses. What remains is the faltering embrace of the regiment. Little wonder that so many of its members suffer a debilitating PTSD.

But add to the mix an imposing, combative commander decorated with medals awarded by a government seeking public approval for a disastrous, unwinnable war and what do you invite?