GARDENS are exploding into a riot of colour!

The deciduous daphne genkwa has a mass of purple flowers appearing on bare branches. This is the beauty of daphne; its fragrant flowers can be enjoyed for at least six months of the year. The buds are starting to open on daphne “Spring Pink”, with a mass of blossoms for the next couple of months. The first leaves are appearing on the early flowering Clematis montana “Rubens” with its pale pink flowers. This means it’s time to plant these wonderful climbers. Even the flowers on the bay tree are about to open.

SEEING water lilies for sale here, I was reminded of seeing them grow in a glasshouse at the Cambridge University Botanic Gardens in the UK. These are not just any water lily, but the largest in the world. The lily pads are more than three metres across, with the underwater stalk seven to 10 metres long, and are strong enough for two small children to sit on them. Their native habitat is in the shallow waters of the Amazon. The Duke of Devonshire named this water lily Victoria Amazonica in 1837 in honour of Queen Victoria, who came to the throne that year. The white flowers, which are the national flower of Guyana, take 48 hours to open.

IT’S exciting when bulbs I’d forgotten about suddenly appear in unexpected places. I suggest not to plant Triteleia or “Star of Bethlehem”, tempting as it may be with its rich blue flowers. Once in a garden they take over, smothering other small annuals and perennials for several months. Our lawn is now a sea of these bulbs with their tiny flowers; mow the lawn and the flowers will be back within 48 hours. I’d love to receive suggestions on how to get rid of them organically!

A HINT on spreading mulch. Give the ground a good soaking, or after rain is ideal, then spread a layer of aged composted horse manure before the mulch. Of course, ground covers provide a living mulch and reduce weeds. When plant shopping, look out for Veronica peduncularis, which has a mass of tiny, bright blue flowers with yellow centres. Or choose a carpet thyme, which has a tight mass of tiny leaves with either pink or white summer flowers, making it almost impossible for weeds to get through. Culinary thymes grow too rangy. Use a sugar cane mulch under strawberry plants to keep the fruit clean away from the soil, and to discourage snails.

GIVE flowering shrubs a prune now, if they’ve finished flowering, to encourage many more branches and flowers next spring. Reduce the shrub by up to, but not more than, one third. One exception is Buddleia, or butterfly bush, which can be reduced by two thirds as it’s such a vigorous grower. When pruning bulbs such as jonquils or daffodils, cut the leaves back about six weeks after flowering. You don’t have to leave the leaves until they all go brown and die down. The old idea of tying the leaves in knots or with string is now out, too. Now is the perfect time to trim conifers, especially if grown as a hedge. It’s important for all hedges to make the top narrower than the base, to allow even sunlight to penetrate to the base of the plant, preventing die-back. 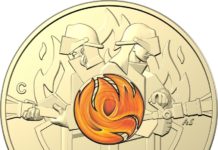