“Wine Australia says that the fastest growing segment of the wine market was the $6-$9.99 a bottle market with the value of sales in that segment growing 31 per cent in the month to early April,” writes wine columnist RICHARD CALVER.

COVID-19 is the abomination we live with, inclusive of the government edicts that invade our minds.

The Victorian slogan “Staying Apart Keeps Us Together” for example is the epitome of Orwellian doublespeak that makes me grit my teeth with loathing every time these words appear in the background when Premier Andrews or his chief health officer dish up the latest admonition on television.

Orwell knew that totalitarian states had to nurture within their populations doublethink, which is the ability to hold two completely contradictory thoughts simultaneously while believing both of them to be true.

But we must reluctantly admit that this virulent stranger, this oppressive unseen vacationer of death and pestilence has changed our lives, including damaging the incomes of many. The wine industry has not been immune.

Licensed venues closed on March 22 and those suppliers who depend on supplying that market have been hard hit. But in the so-called “off-trade” channel, to adopt the marketers’ jargon, there was a spike in sales because of panic buying in March and April. Wine Australia reports that the value of wine sales increased by 1.4 per cent in the four weeks to March 8, yet they increased by 17.4 per cent in the next four weeks.

This surge seems to have ameliorated if you view self-reporting with any statistical significance; the latest Australian Bureau of Statistics’ survey of household impacts of COVID-19 shows that 72 per cent of Australians reported drinking alcohol at the same levels as previously with a fine balance between the rest of the population: 15 per cent reported drinking less, 14 per cent drinking more. Hmmm, oops, that’s me in the last corner, losing my religion – to slightly misquote REM.

The other notable issue is that the cheaper end of the market has boomed. Wine Australia says that all price points benefitted from the surge in sales “with the notable exception of wines above $50 per bottle”.

Go early, go cheap seems to be the mantra that people have adopted: Wine Australia says that the fastest growing segment of the wine market was the $6-$9.99 a bottle market with the value of sales in that segment growing 31 per cent in the month to early April.

I Googled wines under $3 a bottle and found that at Aldi they have a wine at $2.99 a bottle called Precious Earth shiraz. First Choice has a Hidden Gem cabernet merlot at $2.85 across any six. Dan Murphy’s has a McGuigan Black Label merlot for $2.85 in any six. I have not tried any of these wines but they exist. They are out there and prospering.

On the other hand, I have chosen to give the other end of the market a boost. I purchased a case of the 2015 Voyager Estate Margaret River 2015 shiraz. It retails at around $39 a bottle and has helped me ride out this current COVID storm.

It is medium bodied, fresh yet full of depth and quality tannins. It goes very well with rare meat. This is a Halliday five-star-rated vineyard known for its cabernet sauvignons.

But the good cab savs are over $100 per bottle so I settled. And I prefer shiraz. Forty dollars a bottle is my limit and, in the opposite of losing my religion, I thank the gods I can afford that quality.

The point is that we are consciously thinking about the way we purchase wine, just as we have to rethink the way we live and work.

So many meetings have been held online. Face-to-face has almost disappeared. Similarly, Wine Australia says “the biggest channel winner for wine purchases is online, driven by younger male, wine engaged urbanites”. Wow, when I mentioned this to Chris Mac on 2CC recently he hiccoughed with laughter and said: “Don’t mention the latte set.” But I must.

The final message is that almost half of all consumers told Wine Australia that for the future they will be placing a higher priority on saving money. The virus has eaten into our lives and into our wallets. In doublespeak: we will get more for less money. 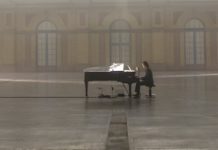