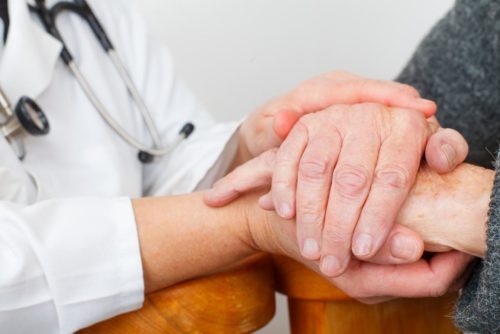 AN ACT senator has given his blessing should the territory determine it wants to cut legal ties with the Commonwealth government.

But federal Liberal Senator Zed Seselja was demanding to attach preconditions for his final vote after thumbing his nose at the territory for only seeking self-governance to overturn parliamentary laws that oppose euthanasia.

Both the ACT and Northern Territory governments have written to their federal counterparts including embattled Attorney-General Christian Porter to restore their rights to legislate on the issue of voluntary assisted dying.

The Commonwealth maintains authority of the ACT and has the right to overturn local laws.

A private member’s bill was introduced in federal parliament in 1996 to override the rights of the terminally ill act that the Northern Territory had first introduced a little more than 12 months earlier.

“What I have said on a number of occasions that if the territory wants to have a discussion about broader questions of territory rights, then that’s a discussion I am very open to.

“But if they put it in the context simply of a conscious vote on euthanasia, well, obviously it has been considered by the senate and the parliament.”

ACT Opposition Leader Elizabeth Lee, another Liberal, has even spoken to Prime Minister Scott Morrison in support of letting the nation’s capital vote on euthanasia.

But Sen Seselja, a former government lawyer, declined to touch on whether the parliament has breached its human rights obligation by not allowing the two territories to legislate on the controversial topic.

Only Victoria and Western Australia have approved voluntary assisted dying after the bills in New South Wales, Tasmania and South Australia were all voted down after each of the states came down to a final vote.

“I’d rather defer to other experts,” he said.

He voted against restoring territory rights in the federal parliament on an assisted suicide legislation bill in 2015 that would have given the ACT the authority to legislate over the matter of voluntary assisted dying.

But the outspoken conservative, devout Roman Catholic and former Canberra Liberal leader did not rule out self-governance should it be tied to the territory taking control of its own police force, more senate representation and other issues including euthanasia as “part of a broader discussion” towards possible statehood.

“I think I’d certainly be open to that – it is worth considering,” he said.

“Obviously, federal parliament would have to be convinced as a whole that it was a good idea.

“If that were to come before the parliament, I’d assume it wouldn’t be a conscious vote.”