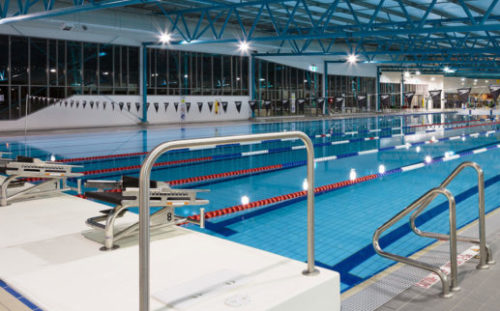 A BUILDER has been forced to cough up $400,000 to the ACT government to avoid ongoing litigation that could further delay the reopening of a public pool.

The payout over works inside the Gungahlin Leisure Centre that went wrong six years after a state-of-the-art pool was first opened was ascertained following commercial negotiations.

But compensation that taxpayers will receive after not having access to the Gungahlin pool for almost 12 months is not expected to cover the entirety of a repair bill.

The government did not put a figure on rectification costs to fix the pool, citing commercial confidence ahead of the current tender process.

“We are not disclosing a price until we completed that process,” Minister for Sport and Recreation Yvette Berry told the estimates hearing while facing questioning.

“We are not going to pre-empt the cost before we go through the tender process.”

Ms Berry added the costs would prove a “balancing act”, but hinted during an ABC radio interview it will run into the millions of dollars.

The 50-metre pool in Canberra’s northern suburbs had to be closed for maintenance in May last year after issues of tiles constantly falling off its structure.

For the government’s part of the settlement, it agreed from the investigation into the cause of the pool damage that included problems with drainage that the fault was inconclusive.

Three technical expert organisations including structural engineers and consultants have been conducting investigations since last June and “none of them could identify” the fault other than giving reassurances that it was not a structural issue with the pool.

“It is incredibly frustrating that we have been unable to pinpoint what happened here,” Ms Berry said.

Pool repairs will include the removal of the tiles levelling screeds and coatings followed by a further investigation of the structure and joints before installing a tiling system similar to the Stromlo pool that includes a waterproofing membrane and grout repairs.

The pool originally incurred problems back in March last year after faulty adhesive was first used on falling tiles at the southern end of the pool.

The government has plans to get swimmers back in the water by the end of the year.

“It has been incredibly frustrating for the length of time it has taken and for the repairs that are required for the pool, but we can now say that we’ve reached the point where we know what the repairs are and we can get to work with procuring the contract for a [new] builder,” Ms Berry said.

The hired builder will not play a part in fixing the repairs despite the government admitting it would not rip up any contracts it may have with ADCO, the Australian construction company that built the $27.8 million leisure centre.

Despite the fiasco behind the pool that forced Gungahlin swimmers to nearby Dickson, the government maintains companies applying for its commercial contacts must go through a rigorous tender process to ensure that they meet the requirements on public infrastructure.

The contractual legal obligations with the builder when it was first not apparent what had caused the tiles to deem the pool was unsafe had delayed the repairs further.

“What we have also learned is that when we first expected just a case of delamination in the pool and it was just a matter of the tiles falling off being re-grouted or glued wasn’t the case and that it was a lot more complicated than that,” Ms Berry said.

Work to engage a contractor to repair the pool has already begun and government expects a deal to be signed in the “coming weeks” to begin immediately.

Club members may be entitled to compensation through free periods of membership for the time they were unable to access Gungahlin.

Nichole Overall - April 21, 2021
0
"Yesterday's" columnist NICHOLE OVERALL tells the story ( “among the weirdest of the Canberra district”) of an 1876 murder and a phantom white bull...