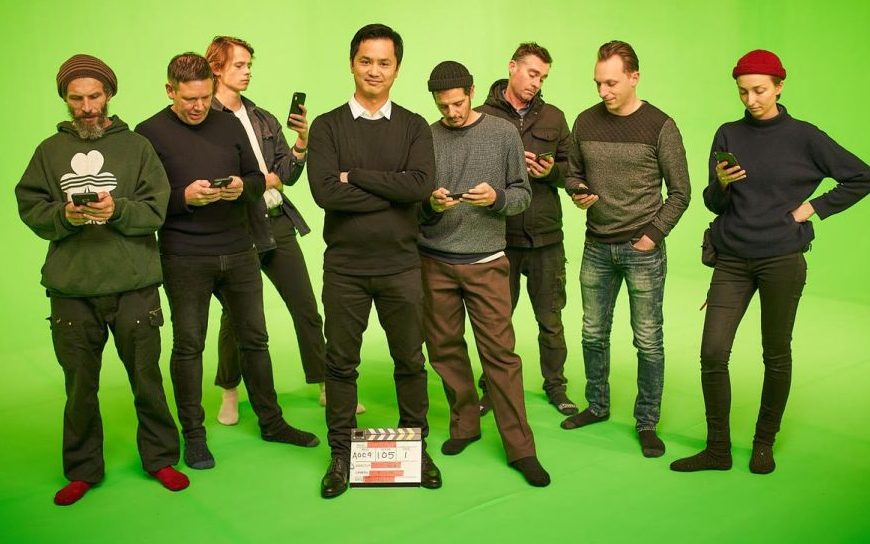 Columnist NICK OVERALL looks at docos all over the streaming world.

APRIL is decorated with docos.

“Are You Addicted to Technology?” is a show that will ask viewers the question in a world-first “interactive documentary”.

Exclusive to SBS On Demand and releasing on April 21, the doco wants to examine our relationship with tech, through tech, by posing questions to each viewer they can respond to via use of the touch screen on the device they’re using to watch.

The Australian Bureau of Statistics might wish to take notes on some of these new, up-to-date methods of recording data… just saying.

The show is hosted by child psychiatrist Dr Kim Le, who himself went through an online video-game addiction and who, as a result, wants to make the connection with our computers more healthy.

Last year’s hit Netflix doco “The Social Dilemma” brought the scientifically based concerns of tech use firmly to the mainstream, reaching close to 40 million households within its first month of release and striking fear into smartphone wielders around the world.

Its success reveals a concern with technology not just in the future world of artificial intelligence, but in the here and now as well.

Following this, the new doco will likely stir up a bit of a fuss, although it should be known, due to the whole interactive nature thing going on, it can only be watched through Apple devices.

That may limit the show’s viewership, but I have a hunch the target audience is the “Apple demographic” anyway.

NETFLIX has a new documentary out, too, that’ll no doubt be making the rounds this month: “Operation Varsity Blues: The College Admissions Scandal”.

The 2019 scandal saw the enigmatic William “Rick” Singer accept bribes from parents to get their kids into the top universities across America.

With the employment of a clandestine team of teaching staff, Rick would buff up the marks of the students’ all-important scholastic aptitude tests, or as they’re better known: “SATs”, that assess their eligibility to make it into college.

He reportedly made around 25 million bucks from the parents involved, and among those revealed to be part of the scheme were a throng of celebrities including Felicity Huffman, star of the always profound “Desperate Housewives”.

Of course, this is only a surface scratcher of the real intricacies of the case that the doco dives head first into, and it makes for a great watch all the while.

STAN’S got a new documentary that might get true-crime fanatics excited called “Black Hands”.

It examines a case from Dunedin, NZ, that’s become notorious throughout the world: the Bain family murders.

It saw the tragic shooting of a mother, father, and three out of their four children. The fourth and only survivor, David Bain, became the lead suspect of the case. Whether he did it or not will be left up to the viewer to decide.

The harrowing, yet fascinating story has gone from book to podcast and now into TV series.

AS for Binge, a sporting doco called “Tiger” explores the life and times of a particularly controversial golfing champion. It’s recently pulled in more viewership due to the ongoing news of the athlete’s major car crash that’s thrown the future of his career in the air.

Taking viewers through his contentious past, the two-part show paints the athlete in a new light, one where the tabloid media becomes the bad guys and Tiger the redeemed stoic.

Despite a more favourable angle, Woods himself has still expressed some frustrations with the show, and doesn’t actually offer his own perspective which might turn a few off. Instead, it’s told through the voices of those close to him.

Regardless, it’s a moody, and well produced account of one of the world’s most recognisable sportspeople, although I feel like there was much more room to be creative with the title of this one. “Sad Gilmore” could have been a real hole in one.