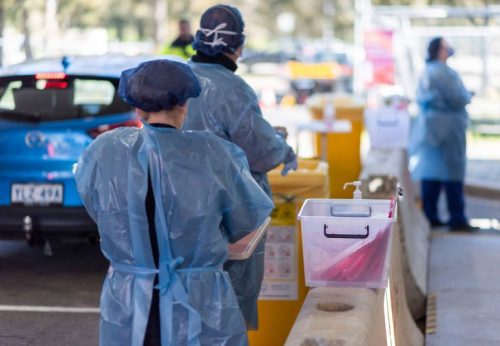 A PUBLIC campaign has been launched this week in Canberra to boost COVID-19 test numbers against complacency.

The frequencies of tests that average around 700 to 1000 a day that provides a "good level of surveillance" of the ACT's ongoing cases have all but hit an all-time low since testing was first encouraged last year.

ACT Health is asking unwell residents on its Facebook page to "help protect our Canberra community" by getting tested, no matter how mild the COVID-19 symptoms may appear.

"This ensures that if there is an active case of COVID-19 in the community, we can detect this quickly and take appropriate action to keep Canberra safe and strong," an ACT Health spokesperson said.

A man from Sydney's north west, who visited the National Gallery of Australia and the Via Dolce Pasticceria restaurant in Canberra on Monday, has tested positive for COVID-19 with low virus levels.

It follows an outbreak in Sydney's eastern suburbs have increased the urgency following the recent long weekend, but that has not been reflected from some of the latest figures.

Initial records suggested only 112 tests were taken in the 24-hour period over June 14-15, but that test figure has been revived by health authorities to more than 200 persons.

ACT Health is reminding Canberrans that it's "everyone's responsibility to follow the health advice" and not try to differentiate between common colds or flus and possible COVID-19 viral infections.

The symptoms that has caused three deaths in the territory include fever, cough, shortness of breath, sore throat, loss of smell or taste, and a runny or blocked nose.

"It is everyone's responsibility to follow the health advice and to do what we can to keep ourselves and the community safe," the spokesperson said.

Authorities had been forced to close its Kambah COVID-19 testing clinic last month after its most southern site, near Tuggeranong, was ACT Health's least visited drive-through.