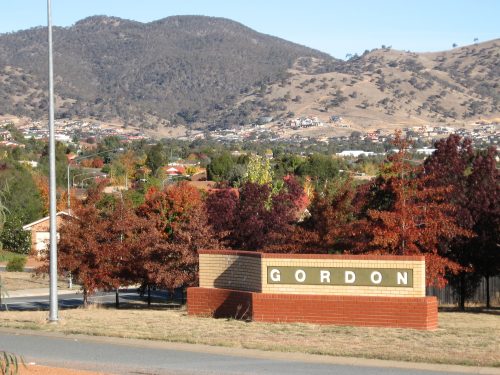 GORDON residents have had an earful of the sounds of hoon drivers disrespecting their neighbourhood roads for years.

They accuse past governments of ignoring their requests to act on measures to prevent a litany of speeding incidents, burnouts, illegal parking and concerns over residential safety.

A petition was referred in the Legislative Assembly on Wednesday (June 2) about Traffic Management in Gordon to the the Standing Committee in Planning, Transport and City Services after the support of a government member.

Two members on opposite benches, but both represent the ACT's most southern electorate, have come together on the issue.

Liberal MLA for Brindabella Nicole Lawder joined Greens MLA Johnathan Davis after she had spoken to many of the residents over more than 12 months.

She has created a dossier of reported or repeated incidents that have endangered the lives of Gordon residents.

"There is no shortage of traffic issues in Gordon," Ms Lawder said.

The incidents have been focused around Gordon's busiest thoroughfares including Jim Pike Avenue, Woodcock Drive and Knoke Avenue.

Residents told Ms Lawder they had made "countless" approaches to past ministers for road improvements to ensure the neighbourhood is safer, but nothing has been done.

One Gordon resident said on four occasions that hoon drivers had crashed into a retaining wall, near the family home, after the cars mounted the kerb and gone over a footpath.

"This is just a small snapshot of the residents, who have raised these traffic issues with me in Gordon," Ms Lawder said, "and now that perhaps a member of their own government has raised the issue, the minister might actually take the issue seriously."

Mr Davis entered the assembly for the first time in December after winning a seat for the Greens at the territory election months earlier during his failed 2012 and 2016 attempts.

The youngest member of the house, who has lived in nearby Tuggeranong for the past 16 years and has "learnt to drive on Tuggeranong roads", has demanded government finally stand up and take action on its road safety platform.

"I was quite dismayed to hear from my constituents in Gordon on just how long they have been campaigning on this issue," he said, "and how many members of this place over time they had spoken to the conversations that they have had with ACT Policing and Access Canberra regarding this ongoing issues, particularly as it pertains to Harry Hopman circuit."