The 16-year old student was one of six recipients of the ACT government’s “Audrey Fagan Young Women’s Enrichment Grant” announced last Friday (January 8). The $10,000 shared grant aims to increase women’s participation in leadership roles now and into the future, said Minister for Women Yvette Berry when announcing the award, which is given to young women aged 12-18.

Habibat, a St Clare’s College student was nine when she took up swimming so she could compete against her older sister (she is one of five children) in the pool. It was in those early days that she developed a passion for the sport, a passion she still has almost eight years on.

She says the grant money will help her take her swimming to the next level, with her ultimate goal to represent Nigeria (her home country, emigrating to Australia as a four-year-old) at the Tokyo Olympic Games.

After being approached by the Nigerian Swimming Federation, Habibat first represented Nigeria a couple of years ago when she made her international debut at the 2018 Short Course World Championships in Hangzhou China when she was 14, swimming with the Nigerian team.

Being a dual citizen, Habibat can swim for her home country, and is motivated to after seeing an absence of black athletes swimming in Australia.

There certainly weren’t any role models in Australian sport like her own heroes, Jamaican swimmer Alia Atkinson and American swimmer Simone Manuel, she says.

“I want to be that inspiration to young African-Australians to take up swimming,” she says.

In an average week, Habibat can spend about 14 hours swimming at the Stromlo Leisure Centre. Not to mention other training, such as at the gym, she says.

Sinking so much time every week into her passion, Habibat says being a recipient of the grant is affirmation of her hard work.

“If the ACT government is recognising my hard work that’s a benefit to what I’ve been doing and shows people have been watching,” she says.

Other hard-working young women who were also recognised through the grant, include Lochana Radaliyagoda, who intends to use the grant to support the development and publishing of a children’s picture book to teach young people about gender equality.

Tori Scrivener aims to develop her passion for horse riding and dressage while Orli Baumgart wants to start a business to make and sell hand-dyed artisan wool yarns, sourcing wool from local mills and investing the proceeds to support LGBTIQ+ young people.

Emily Hyde and Ananya Ravi will use their grant to further their passion for science, technology, engineering and maths fields (STEM). Emily will use the funding to develop a space for young women to develop their interest in STEM by establishing a Girls STEM Club. Meanwhile, Ananya intends to fund a 10-day residential program at the National Youth Science Forum with the intention to improve the representation of young women in STEM. 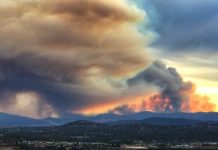 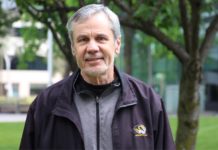