LOVE is in the air at the National Portrait Gallery with the installation over two prominent walls of glass artist Harriet Schwarzrock’s blown glass hearts.

For several years, the Queanbeyan artist has been experimenting with glass, inert gases and electricity to visual the responsive nature of the human heart and now in this major commission from the NPG in the leadup to its coming exhibition “Australian Love Stories.”

The work, titled “spaces between movement and stillness,” combines Schwarzrock’s interest in science and experimentation, acknowledged when her piece, “breathe,” won the sculpture prize in the Waterhouse Natural Science Art Prize in 2014.

This work is titled “spaces between movement and stillness,” and Schwarzrock says, “Although the gases are invisible, when excited by electricity they reveal subtle effects and differences. I am fascinated by this interplay between the invisible and visible, between our extraordinary similarities and differences,” she says.

Director of the gallery, Karen Quinlan, says, “The interaction of various elements within Harriet Schwarzrock’s exquisitely glass hearts echo the many permutations of love presented in the exhibition – from the romantic to the platonic, between friends, lovers, creative collaborators and within families and communities.”

“Australian Love Stories.” which features more than 200 artworks in photography, painting, works on paper and small objects, includes portraits of well-known Australian partnerships, from Kath and Kim to Bob and Blanche, to Archie. There’ll be John Brack’s paintings of his daughters and Vincent of Australia’s favourite couples. 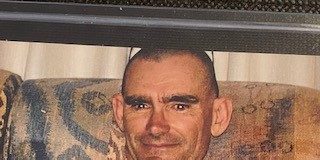 CityNews - March 2, 2021
0
In early 2018, Canberra man Michael Ketley said he was headed to northern NSW or Queensland "for a change". He hasn't been seen or heard from since.