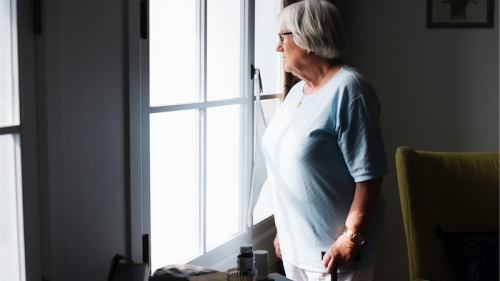 AN Australian legal first that could jail offenders for three years that financially take advantage of the vulnerable elderly has drawn a mixed response from the very people in charge of prosecuting the offences.

Territory reforms on elder abuse legislation came into effect on Tuesday (April 20) after the government was first accused last year of ignoring expert advice from the ACT Law Society.

In conjunction with the ACT Bar Association, the body that represents solicitors once called the proposed legislation both “flawed” and “defective” after also condemning the Legislative Assembly over its removal of a defendant’s right to a fair trial.

Some 12 months on since initially spelling out their grave concerns before it became law, the ACT Law Society has stood firm.

“The Law Society’s position on this legislation has not changed,” president Elizabeth Carroll said in a statement.

“We maintain that the legislation introduces unnecessary duplication and the potential for confusion.”

The position was contrary to leading law firm Maurice Blackburn that had welcomed the new laws as a safeguard for an ageing population.

Principal lawyer Andrew Simpson said the threat of time behind bars would deter potential offenders, most often the children of ageing parents.

“The ACT government is to be commended for these new laws that mean perpetrators will no longer be able to get away with pressuring their elderly mum into signing over her life savings, or changing her will for their benefit – something we sadly see too often,” he said.

“The ACT’s initiative in introducing a specific crime of elder abuse gives victims and anyone with concerns about possible abuse the confidence to report it to police for investigation.”

The Crimes (Offences Against Vulnerable People) Legislation Amendment Act introduces new offences for the abuse of vulnerable people that results in harm or a financial benefit.

The new laws protect vulnerable people in care within institutions but also in the home.

A vulnerable person is defined as an adult with a disability or a person aged 60 years and above with an intellectual impairment or experiencing social isolation.

Maurice Blackburn believed it was important that the ACT government ensure police and the courts continue to have the resources to properly implement the new laws.

Attorney-General Shane Rattenbury explained why the government decided to reform the already existing laws relating to protecting the vulnerable elderly.

“After community consultation back in 2019, it was clear that the ACT government should specifically define offences relating to elder abuse and vulnerable people abuse,” he said.

“While much of the conduct captured by these offences was already criminal, these laws serve an important purpose in ensuring the community is aware that there are laws protecting people who are in circumstances of particular disadvantage.

“As public awareness of this issue has been increasing in recent years, it is important that the ACT government, police and the courts recognises abuse of vulnerable people as a special class of abuse needing specific attention.”

ACT Human Rights Commission can investigate complaints about alleged abuse, neglect or exploitation of older people and those with a disability.

To get in contact with the ACT Human Rights Commission for a confidential conversation, ring 6205 2222, email human.rights@act.gov.au or submit an online complaint at https://hrc.act.gov.au/complaints/

Victims and witnesses can also report abusive or negligent behaviour towards a vulnerable person to the police. To report a crime, contact ACT police on 131 444 or visit your local police station.

More information, including additional support services including factsheets, can be found at justice.act.gov.au/vulnerablepeople.

CityNews - May 13, 2021
0
A man driving a white '90s model station wagon allegedly assaulted a person in a white Toyota Prado following a road rage incident in Belconnen on Sunday (May 9).