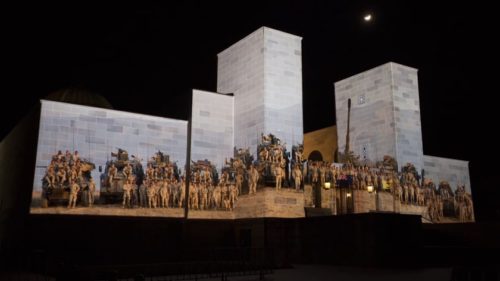 IMAGES will be projected onto the front façade of the Australian War Memorial to appease onlookers that miss out on limited places for the Anzac Day dawn service and national ceremony.

The projections will be a range of high resolution of both colour but also black and white images from the memorial’s national collection and some contemporary imagery supplied by the Australian Defence Force.

The range of images that will run from dusk to midnight on April 23-24 in Canberra will span Australia’s involvement in conflicts and operations throughout its military history.

It will not be the first time projections have been used for Anzac Day commemorations, but the Australian War Memorial will offer the unique visual display after just 4200 tickets to the public will be on offer to attend the dawn service and 3000 for the national ceremony.

“Given the limited availability to attend the dawn service, we encourage people to take the opportunity to see the projections prior to Anzac Day,” a spokesperson for the Australian War Memorial told “CityNews”.

The limited numbers are in line with current government social distancing guidelines, based on advice from ACT Health on public gatherings during the ongoing pandemic.

While tickets are free to attend the Canberra dawn service, the site of the parade route will be enclosed by fencing to restrict public numbers to commemorate the 106th anniversary of the landings at Gallipoli.

Director Matt Anderson said the memorial has been trying to find the right balance between commemorating Anzac Day and ensuring the safety of the broader Canberra community.

“We are thankful for the opportunity to welcome more than 7000 veterans, current Defence Force personnel, dignitaries and community members across both our ceremonies in the midst of a global pandemic,” Mr Anderson said.

“While the governments of all states and territories continue to manage the response of this evolving health crisis, it is vital that the memorial follows the ACT Health guidelines and advice.” 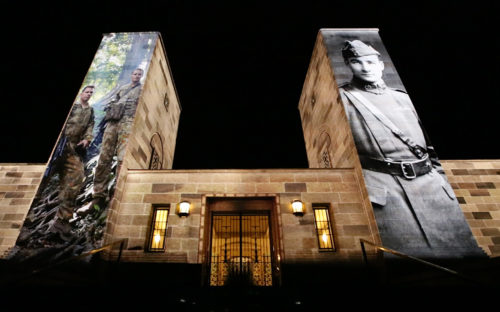 The ACT Branch of the Returned and Services League, who owns and manages the march, is in the process of finalising details of the veterans’ participation in the national ceremony.

But the RSL has reserved seating at the war memorial among the 3000 spots for the ex-service community and marching veterans.

Priority access to the national ceremony will also include an offer to Friends of the Memorial before a public release.

Both Anzac Day commemorations will be held on the parade ground of the war memorial.

Ticket bookings to the dawn service and national ceremony will be available to the public via the memorial website from 10am on Monday, March 22.

Following the national ceremony, the memorial galleries will open to the public.

The Last Post ceremony will also take place at the end of Anzac Day.

“Anzac Day is our most important day – a moment in time to pause and reflect on the gallant efforts and the cost in lives of those who served in the Australian armed forces for more than a century,” Mr Anderson said.

“It’s also a time for all Australians to reflect how, through historical and contemporary service, our defence force personnel continue to uphold the values and the legacy created on April 25, 1915.”