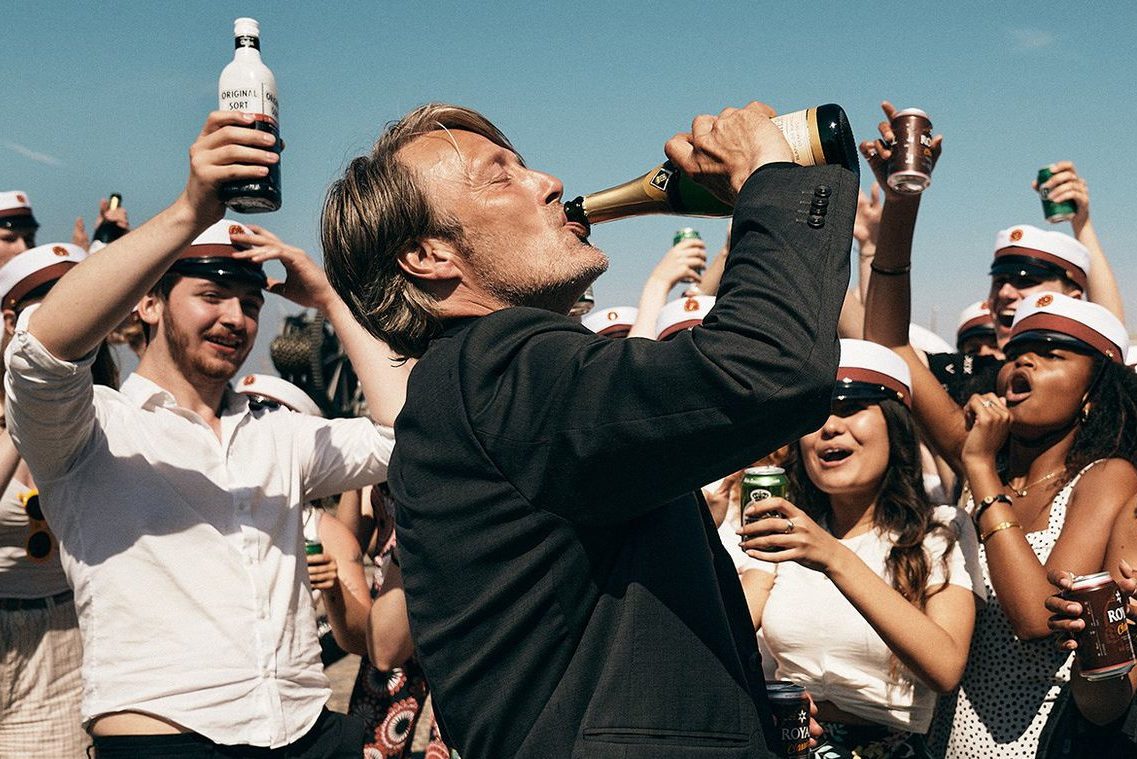 WHY only two stars for a Danish film that delivers a cautionary tale which is worth heeding?

Well, because although it delivered a valid polemic about the dangers of alcoholic drinks, it sustained the joke embedded in its drama well beyond credibility’s reasonable limit.

Four high-school teachers agree to conduct a secret scientific study of the effects of alcohol on human ability to function effectively. It’s well-established that Scandinavian people drink a lot of it. But so do folk of just about every race. So writer/director Thomas Vinterberg’s embedding of his commendable reminder about alcohol’s effect of reducing the ability of animals to function effectively, in a comedy rather than a dramatic story, has merit.

So does his choice of actor Mads Mikkelsen in the leading role, not as the member of the group who comes up with the idea of drinking to sharpen professional skill but as the one whose private life dominates the narrative. The supporting cast is no less impressive.

But the screenplay requires them to carry the joke much too far. High school teachers are smart – or should be. These four embark on a voyage that’s going to lead one of them to suicide and the others to domestic and professional disaster by their own choice without realising what it’s doing to their effectiveness.

Experiment failed. Film’s effectiveness in delivering its message wrecked by a core joke that it belabours far beyond credibility’s reasonable limits.