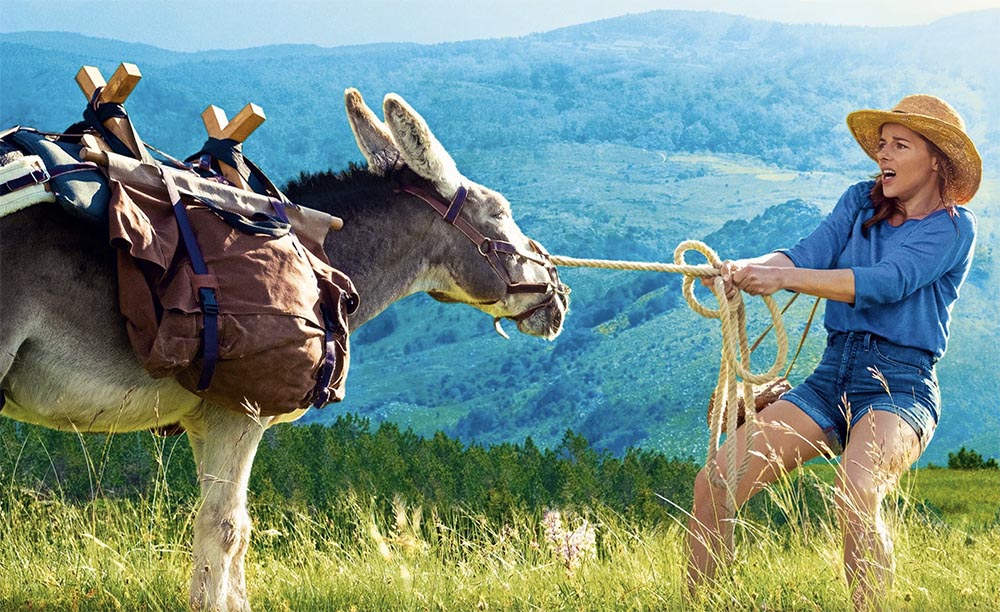 THE inspiration for this French comedy is “Travels with a Donkey in the Cévennes” that Robert Louis Stevenson wrote in 1878 describing his long walk leading a donkey (its name was Modestine) through the rugged Cévennes region of southern France.

The film finds its dramatic energy from two conflicts. Number one. Vladimir: “Sorry, Antoinette, my wife Eleonore [Olivia Côte] and our daughter want me to replicate Stevenson’s walk.”

In a homage to Stevenson and Modestine, Antoinette hires a donkey. Conflict number two. Its name is Patrick. And it’s quite an actor, stealing the film whenever it’s in shot.

The film looks beautiful. Vignal gives a short lesson in the history and geography of the Cévennes to tell us where we are. Then she turns up the narrative. Antoinette is not a woman to be in charge of an animal, especially one as cunning as Patrick.

It’s a warmly charming film, an agreeable escape occasionally testing our credulity without abusing it and ending on an optimistic note suggesting that, whether or not she deserves it, Antoinette may find what she’s seeking.

Andrew Mathieson - May 14, 2021
1
An athletics field that produced a two-time national champion and dual Olympian along with a range of local sporting heroes could be bulldozed for a car park after a service club proposal under government planning consideration.