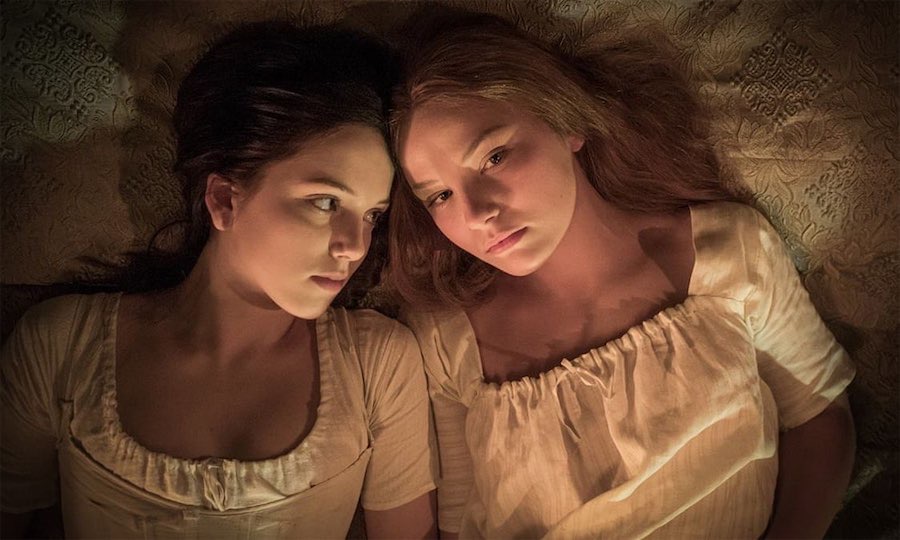 HOW do you kill a vampire? Any fool knows the answer to that question. You hammer a wooden stake through its heart. Easy peasy!

For this film, writer/director Emily Harris has adapted one of the early works of vampire fiction, Sheridan Le Fanu’s 1871/72 novella, antedating “Dracula” by 26 years.

The narrator is Lara (Hannah Rae), a young woman preyed upon by Carmilla, (an anagram of Mircalla, Countess Karnstein) a prototypical example of the lesbian vampire, expressing romantic desires toward the protagonist.

The novella notably never acknowledges homosexuality as an antagonistic trait, leaving it subtle and relatively unmentioned. The story has often been adapted in film and other media.

Carmilla (German/Turkish actress Devrim Lingnau, apparently building a career in spooky movies) is found injured when the carriage in which she was travelling has an accident. She is carried to a nearby country house where Miss Fontaine (Jessica Raine) is caring for Lara (Hannah Rae) who is mourning the death of a childhood friend.

Lara and Carmilla become friends and potentially, by implication, lovers. But Carmilla is not what she seems.

The story builds and develops its tensions slowly until it has nowhere else to go but save Lara from exsanguination just in time while Carmilla lies dead on a hillside.

Movies of this kind have an audience. I was not unhappy to see the end of it. Which is not to deny that in its own way, it has subtle merit.

Belinda Strahorn - June 22, 2021
0
Queanbeyan-Palerang Regional Council (QPRC) wants to know what Queanbeyan will look like in 2042, and it needs the community's help to find out.