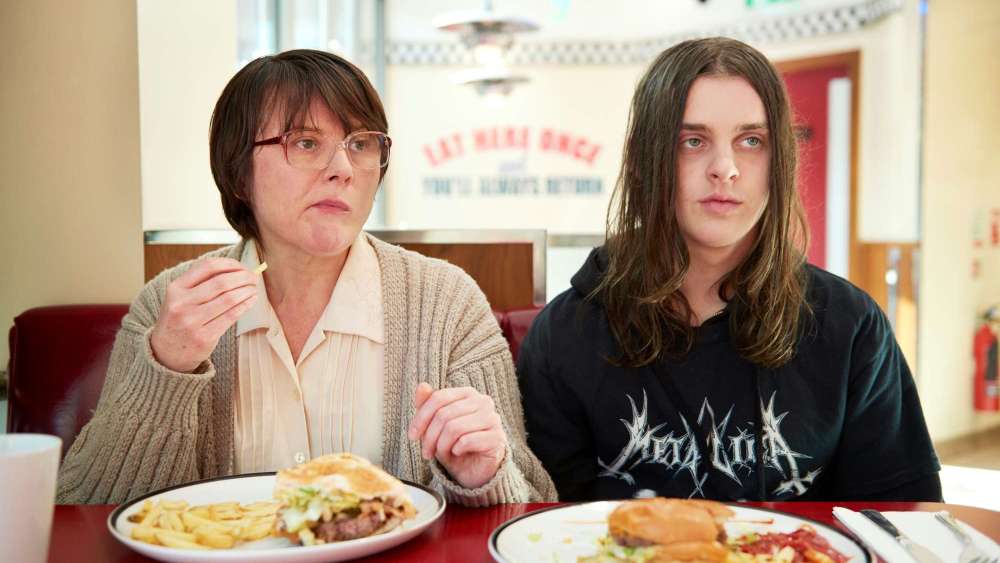 AS a family name, indeed as the name of anything, “Bagnold” is uncommon.

The internet lists only two Bagnolds who did anything worth remembering – Enid, who wrote “National Velvet” that, when filmed and got two Oscars, catapulted 12-year-old Elizabeth Taylor into a lifetime of fame and notoriety, and Enid’s dad Arthur who as a colonel in the Royal Engineers also became the formation commander of the legendary Long Range Desert Group that gave Rommel such a headache during the North Africa campaign.

Director Simon Bird got “Bagnold” as the family name of the mother Sue (Monica Dolan) and 15-year-old Daniel (Earl Cave) from a graphic novel by Joff Winterhart. As the debut feature film from both those behind-the-camera blokes, “Days of the Bagnold Summer” works tolerably well.

Sue’s husband Robert has opted out of the marriage several years ago and migrated to Florida where he has recently sired a daughter. Somehow, the British Post Office keeps losing track of the cheque-carrying envelopes that Robert has been sending to Sue. Oh, yeah? We never see Robert but he is never far from Sue’s and Daniel’s minds. But for different reasons.

In a role rather distant from the heavy, often-wicked, characters that she has made her reputation playing on British TV, Monica Dolan finds herself much put-upon by this 15-year-old boy who thinks of little but Metallica (aka jangly and repetitive noise), performed in the film by three pre-pubescent boys using instruments that can also be used to create much-less-unpleasant sounds.

The film delivers Sue as tolerating Daniel’s everyday insults and domestic burdens with unmerited calm. The film’s not about much else than that, until it reaches the point to which young males eventually come by rejoining the human race.

As a two-hander, alleviated only momentarily by a cameo from Rob Brydon as Daniel’s history teacher with a way with women – the same way with a lot of them – the film reflects contemporary English suburbia in a credible-enough manner. Its tensions are low-level. Its humour won’t raise belly-laughs.

Boring? Not totally. Exciting? Not a lot. Waste of time? Depends on what you fancy on the day, and perhaps the weather.

Paul Costigan - March 2, 2021
1
"At the core of the Coolo Park fiasco is how an unresponsive bureaucracy controls the ACT’s politicians at the expense of common sense, community aspirations and the future of this city in a landscape," writes "Canberra Matters" columnist PAUL COSTIGAN.