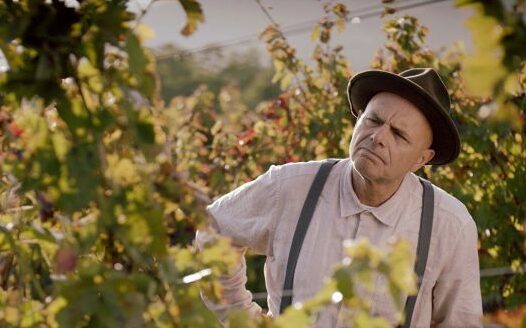 But I guess that the book probably works better than the movie. Which is unfortunate, since a story about a middle-aged, middle-level Canadian businessman of Italian birth offers some prospects of intellectual and emotional satisfaction.

Playing Marco, who after four decades deals with his midlife crisis by returning to the Italian town of Acerenza where he grew up, Joe Pantoliano is likeable and convincing. But once he gets there, Marco wants to resurrect his dead father’s vineyard. And this, rather than any shortcoming of plot, is what lets the film down.

Marco’s dad’s vines never shed their leaves and fermentation and maturation of Marco’s vintage reach commercial success in a relatively brief period. As well, Marco’s wife and adult daughter aren’t going to wait patiently in Canada while he spends the family retirement fund pursuing his dream in Italy.

Marco’s ambition, intention, desire, yearning – call it what you like – lead the film out of the realm of possibility and abandon it on the crags of ridiculousness, particularly in the region in which this paper circulates. Our region makes some pretty good wine. The seasons are immutable. The technology is complex and demanding. We understand how those processes take time

I wish those imperatives didn’t matter. But they do. Movies, even when proudly proclaiming their fantasy, more so when they are happening in a real world, depend on credibility. As well as disregarding this, “From the Vine” displays several breaches of continuity that I found regrettable in an otherwise pleasant little film. And so might you.