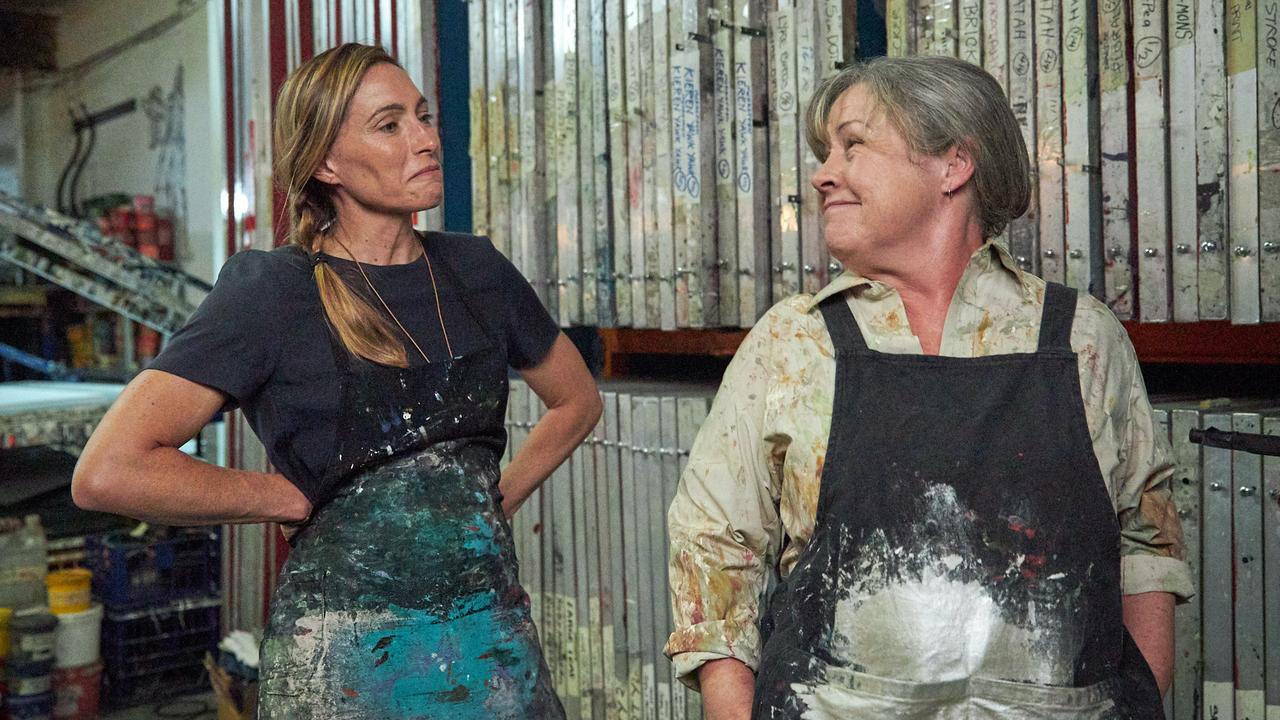 WRITER/director JJ Winlove tries to get it right with this Aussie comedy telling what happens when June Wilton snaps out of the cognitive failure that has turned her into a veggie for at least five years that needs total care in a nursing home. From which she escapes.

The families of people suffering total cognitive failure might wish for some medical miracle to bring their loved one back.

Before the stroke bringing her calamity on, June ran a company making hand-crafted wallpaper. Much has changed since then.

Her son Devon (Stephen Curry) hasn’t taken the university degree that he had started at the time she lost her marbles. She has a daughter Ginny (Claudia Karvan). Devon and Ginny have gone separate ways. The company has new proprietors and new product standards.

June takes over. She wants things to revert to how they were. And she will brook no interference with her effort to make it so.

Watching this movie, I found myself wondering how things might have been in June’s family before her stroke. Since her recovery, she’s a termagant, a bully determined to recover what she once had. I didn’t find her a pleasant person to be around.

There’s no rule requiring everybody on the planet to be sweet and affectionate. But in a movie about a bossy woman like June, presenting her as a bundle of laughs, gaiety and family unity is not easy.

And despite Noni Hazlehurst’s best efforts in the role, I kept hoping June’s recovery might be only a passing phase and that she’d go back to the nursing home. Which she does, none too soon, leaving gaps in her wake that need, but don’t get, repairing.

Michelle Grattan - June 15, 2021
0
UPDATE: Immigration Minister Alex Hawke has released the Biloela family from incarceration on Christmas Island but confined them to community detention in Perth while their court action proceeds.