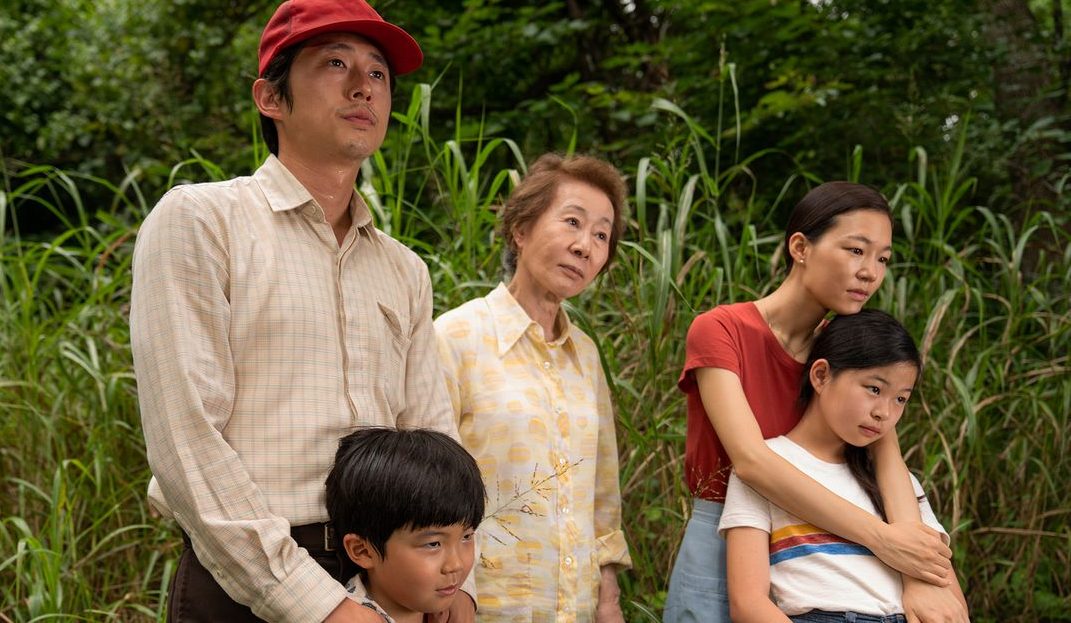 A KOREAN family, after a decade in California where father Jacob (Steven Yeun) supported them by sexing day-old chickens, buys 50 acres in Arkansas (actually filmed in adjacent Oklahoma) and sets about raising vegetables familiar to Korean immigrants.

That potted summary may be correct but it deserves amplification. First of all, that enigmatic title. It’s a herb (botanical name Oenanthe javanica) much favoured in Korea as flavouring for kimchi and fish soups and as a daily tonic. Minari can be hard to find, but it’s easy to grow. The leaves have seven times more vitamin C than oranges and 15 times more potassium than bananas. It also has calcium, protein, iron, and amino acids. Good stuff, aided by a peppery flavour.

So why is a movie made in and about the middle of the US named after a herb that grows wild in Asia? There’s none growing on the farm where Jacob, wife Monica (Yeri Han), daughter Anne (Noel Cho) on the threshold of puberty and five-year old son David (Alan Kim) are trying to Americanise by living the way Americans do.

It’s not easy. Monica and Jacob have borrowed to buy land and farming tools, which worries her more than it does him. David is being treated for a cardiac condition. And her mother Soonja (Yuh-jung Youn) has arrived from Korea to live with them.

Around this family, American-born Korean filmmaker Lee Isaac Chung has woven a story that mixes family warmth with the tensions of assimilation into a population that may have grown from immigrants from across the planet but now tends to see itself as unique. The supporting cast works enthusiastically to deliver a broad view of the family’s situation, with emphasis on Christian principles and beliefs. But most of them are but minor players in a film belonging to a little David and his traditionalist grandmother. That pair is a joy to watch. And granny Soon Ja has planted minari seeds down by the creek.

With 152 nominations and 55 wins for audience and industry awards, including winner in each of those categories at last year’s Sundance Festival, “Minari” comes with a robust provenance. Oscars are not far away.