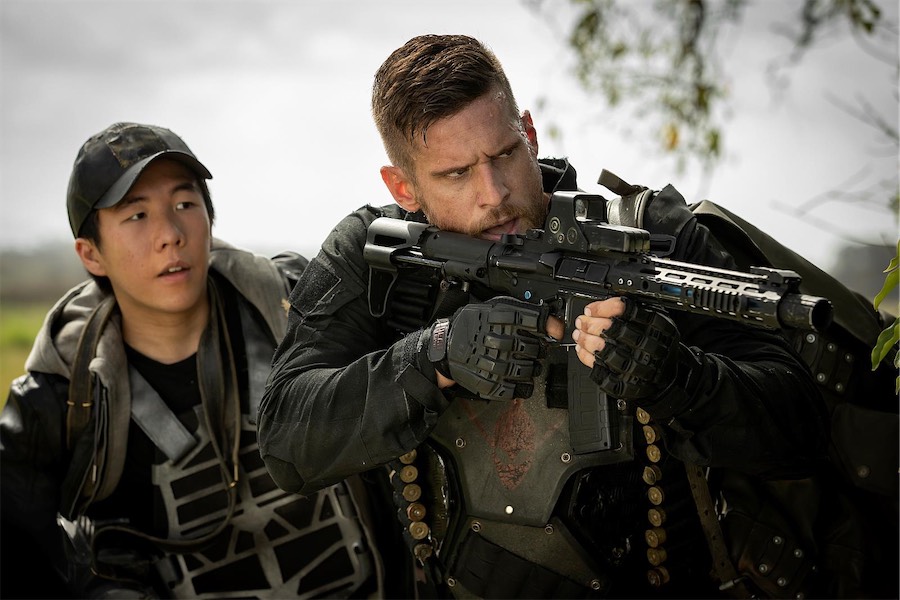 TO build this Australian-made futuristic sci-fi actioner, writer/director Luke Sparke recruited a team of techno whiz-kids to cram it with out-of-this-world visual effects.

In this age of IT, that sort of stuff is as common as farmyard muck. And, frankly, equally attractive.

To justify hi-jacking 129 minutes of viewers’ time, filmmakers need to mate hi-tech visuals with a dramatic framework that doesn’t abuse their intelligence.

The film’s narrative content is – well, you might have guessed it – a garbage-truck load of same-old same-old: good guys v bad guys.

The good guys are ADF fly-boys and footsloggers trying to protect frightened Sydney-siders fleeing invaders from another planet who, after over-running every other continent, have come to Oz to finish the job, beginning with torching the city.

The invaders resemble humans with bad complexions. One even has a ginger moustache! I assumed its purpose was to add a mote of humour.

Most of the film involves good guys fighting bad guys. Funny, that, don’t you think? It put me to sleep. When I woke, the film had yet an hour to run. Boredom drove me out into gentle rain. Ahh, so refreshing.

There’s an audience out there for movies like “Occupation: Rainfall”. And it doesn’t include me. Fans of its genre will accuse me of prejudice. Damn right. Waay back when, in another publication, I told readers that “Star Wars” was an outer-space Western. Little has since changed. I defend my right to a personal view of every movie I review, as well as a considered opinion of its intrinsic worth.

Jon Stanhope - April 14, 2021
0
"As a Labor supporter for more than 50 years, I think the policies being pursued by the ACT government in health and housing are contrary to core Labor values," writes former chief minister JON STANHOPE.