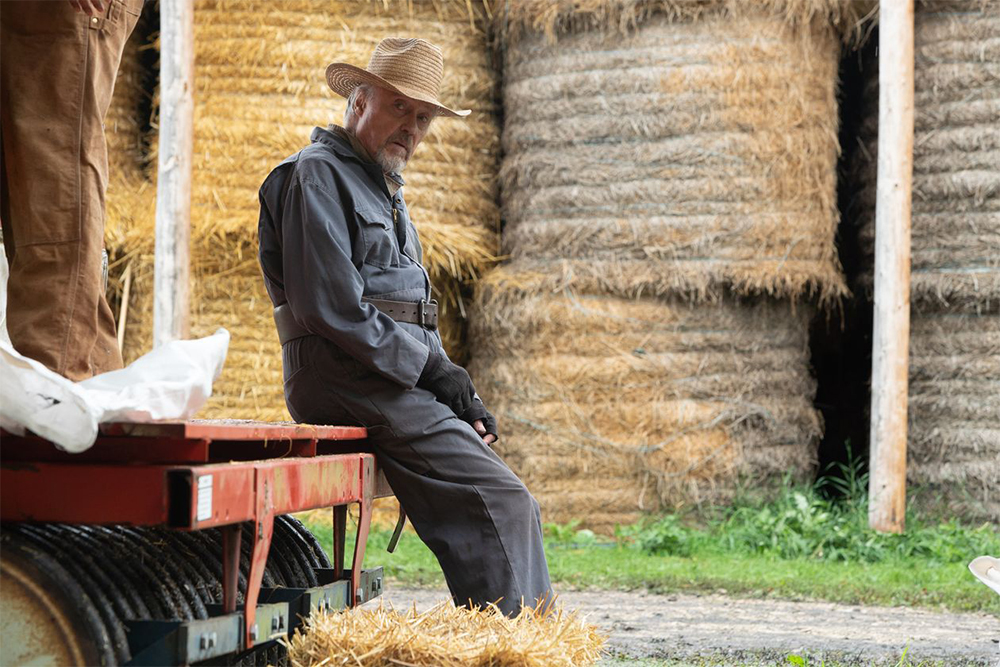 IN this Canadian drama, Christopher Walken plays 73-year-old Percy Schmeiser, the Saskatchewan farmer whom Monsanto took to court from 1998 for stealing its intellectual property, namely a strain of glyphosate, aka Roundup, that can control weeds in a field without harming the canola crop.

So what’s so good about a movie that lays out the legal and economic plight of the little man against a chemical giant? Well, as Percy speaks out against the company’s business practices, he realises that farmers around the world are fighting the same battle.

Suddenly, he becomes an unsuspecting folk hero in a war to protect farmers’ rights and the world’s food supply against what they rightly perceive to be corporate greed.

How does Percy get thrust into the limelight? To answer that, it’s necessary to bring into the frame his wife Louise (Roberta Maxwell), his lawyer Jackson Weaver (Zach Braff) and environmental activist Rebecca Salcau (Christina Ricci), on the journey through lower courts to the eventual determination of his case in the Supreme Court of Canada. These characters are real people, fundamental to the telling of the story.

Director Clark Johnson, together with writers Garfield Lindsay Miller and Hilary Pryor, have taken an important stance in exposing Percy’s predicament. With a producer’s credit tucked away in the closing credits, Walken has more to do with the production than merely playing the title character.

Genetic modification on food plants can ignite pro-and-con dispute without much effort harder than it does in “Percy vs Goliath”. So Roundup, if used without careful attention to safety protocols, can indeed be as dangerous to people as to plants.

Variations in the story’s tensions are somewhat restrained and it may bypass emphasis in the safety issue, but for a civil, as opposed to criminal, lawsuit movie, by and large, this one works well enough.

Review - June 11, 2021
0
Despite a slight hitch, “Burden of Truth” was a concert of the highest quality, says reviewer ROB KENNEDY.