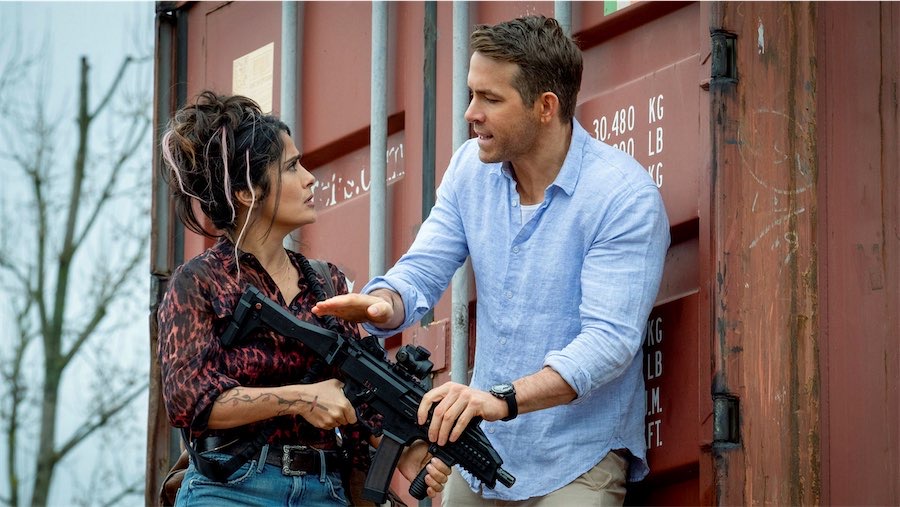 DID you see “The Hitman's Wife” when it came out in 2017. I didn’t. No matter. The man on the ABC "Breakfast Show" reckons much of it has been recycled into this sequel.

Which is a flagrant comedy characterised by its same-as same-as production and dramatic values – the usual collection of wrecked cars; those wonderful Hollywood firearms that continue to blaze away long after their magazines would; in life, have been exhausted, that gratuitous (unspeakable-in-this-journal) four-letter word smeared all over its vocabulary; satirical visual observation of the difference between rich people and the rest of us; big bangs destroying expensive property of every kind, improbable situations from which good guys somehow manage to escape unmarked; improbable situations from which stunt-persons arise from the dead to do it all over again.

Sound like your kinda movie? Then go for it.

As Jackson’s wife, Salma Hayek displays an abundance of both cleavage and voluble use of that word in most sentences of her dialogue. Afro-American actor Morgan Freeman adds distinction and style as Reynolds’ father.

Having made “The Hitman's Wife'' and this sequel, Australian director Patrick Hughes is now finishing “The Man From Toronto”. Advance information suggests that the principal stylistic difference between it and “The Hitman's Wife’s Bodyguard” will be its ensemble of other actors. Can’t hardly wait!