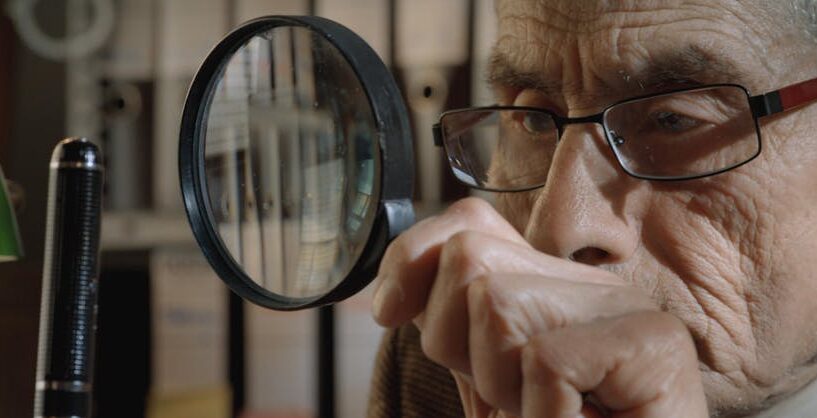 A family has engaged private investigator Romulo to look into the care of their mother at a retirement home populated mostly by women. To pave the way, Alberdi inserted her crew into the daily life of the home under the pretext of filming a documentary about old age, while Romulo searched for an agent who might live inside the home for three months to investigate the family’s concerns and report whether the home was providing adequate care.

Recently widowed 83 year-old Sergio is endearing, amusing and fiercely independent. The camera loves him. He got the job. Alberdi and her small crew could follow him without blowing his cover.

Apparently they got some 300 hours of raw footage. It’s not hard to imagine how exhausting Carolina Siraqyan’s task of editing it down to a run time of 84 minutes must have been.

The result has much charm, a generous seasoning of comedy and a poignant flavour. Three of the home’s inmates died while Sergio’s long and not always relevant reports were exasperating Romulo. His hi-tech skills were adequate although not brilliant. The wandering coverage of his reports was more often than not irrelevant.

Did the family footing the bill get what they sought? The film doesn’t tell which inmate was the family’s mother. Or what their response to its underlying intent was. And that really didn’t matter.

“I would like people who watch this movie to leave… wanting to call their parents or grandparents,” Alberdi says.

“It is an invitation to look within yourself and ask what you can do better.”