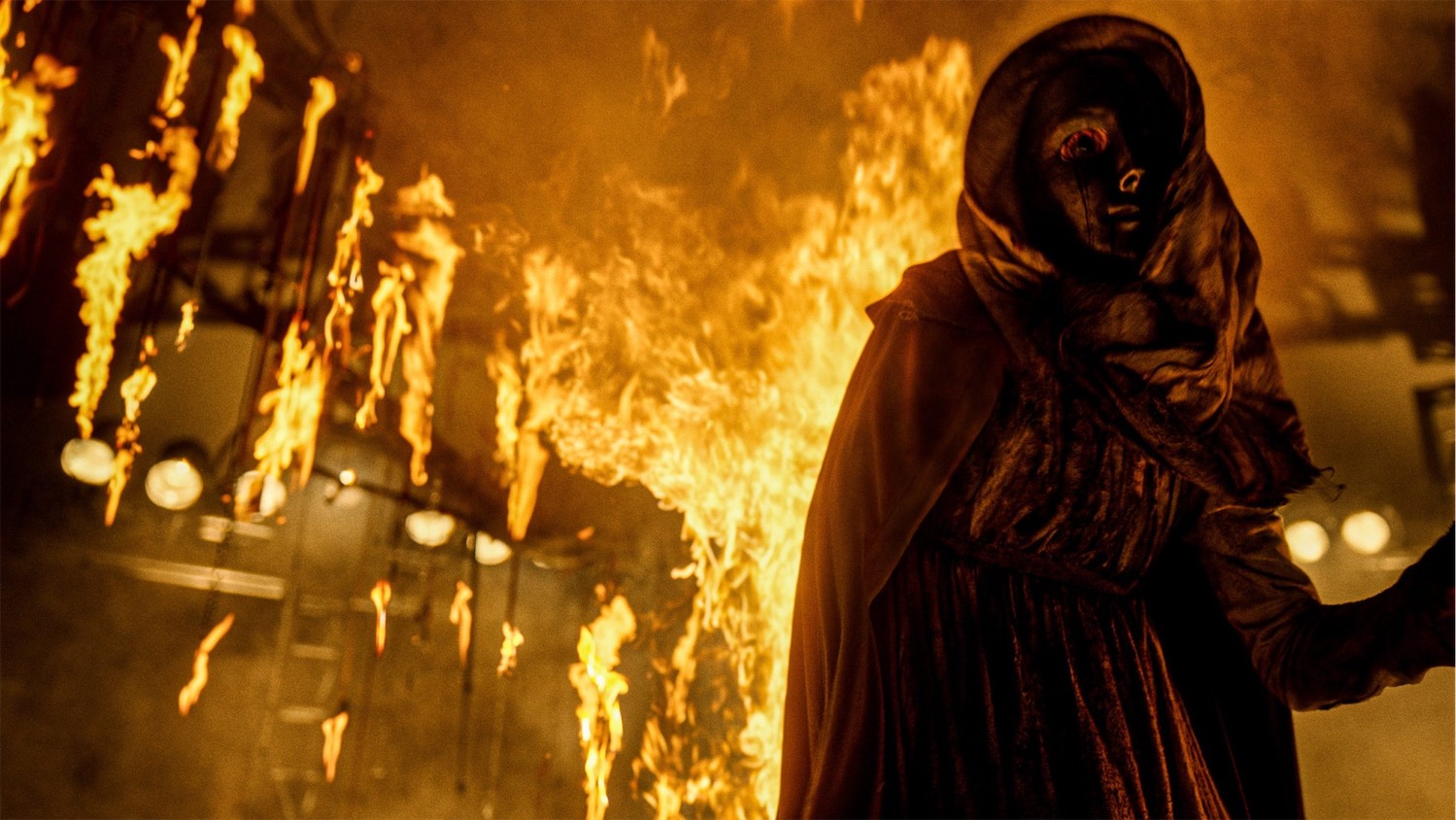 THIS is being marketed as a horror film. A small collection of suffixes can be added to the first four letters of that word “horror” – like “-id”, “-ible”. “-endous”; take your pick – they all expressively describe writer/director/producer (with Sam Rami) Evan Spiliotopoulos’ film.

Based on a novel “Shrine” by James Herbert, it purports to tell a story about a miracle in a small Massachusetts town. Teenaged Alice (Cricket Brown – her feature debut) has been deaf and mute since birth. Press photographer Gerry (Geoffrey Dean Morgan) finds her and hey presto! she hears, she speaks, and she tells a boy in his early teens confined to a wheelchair that he can walk; and hey presto! again, he walks!

Someone says Alice has had a visit from the Virgin Mary. Before long, big mobs of people come to the town seeking miracles from her. The local bishop wants a bigger piece of the action!

There’s a lot of religion in “The Unholy”. Committed Christians may find the manner of its handling to be somewhat distressing. Active non-believers may find the film comforting.

And the scary bits? Pure pabulum. A viewer choosing “The Unholy” as his/her first experience of the moving image (yes, I know; that’s so unlikely as to be impossible) might get one or two jolts of surprise before wondering what it’s all about.

The full star is for the special effects. The half star acknowledges the film’s dramatic merit.

CityNews - May 13, 2021
0
One of the protestors that stood on the roof of one of two trucks that blocked Commonwealth Avenue and Kings Avenue for seven hours yesterday (May 12) has refused to sign her bail conditions.