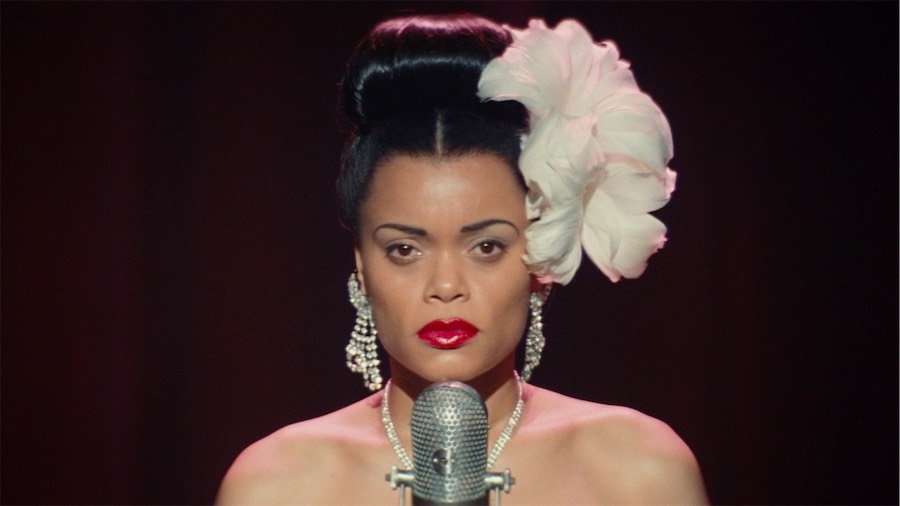 Written by teacher Abel Meeropol as a poem and published in 1937, “Strange Fruit” protested American racism, particularly the lynching of African Americans.

Director Lee Daniels delivers a 130-minute (including closing credits) abridgment of the last 12 years of the blues singer who defied FBI chief J Edgar Hoover by singing it.

Written by Suzan-Lori Parks, adapting Johann Hari’s book “Chasing the Scream”, the film has more bad guys than good ones. Chief among them was Harry Anslinger (Garrett Hedlund). The film’s closing credits show TV footage of JFK giving him an award for a lifetime of service. It’s fair to say that he killed Holiday who died handcuffed by the ankle to the foot of her hospital bed.

The man in Holiday’s life Jimmy Fletcher (Trevante Rhodes) placed there by Anslinger was instrumental in feeding her habit.

Will Australian audiences like “The United States vs Billie Holiday”? For the music, quite possibly. Her songs remain among the top ranks of favourite jazz and blues recordings. Her life story is less well-known here.

Many Aussies may find understanding the film’s references to daily life among black American musicians difficult. But the emotional power of its broad strokes is universal, whether observing her happinesses (not a great number) or her travails. See it. Be impressed. But don’t expect to come away feeling uplifted about what it shows.