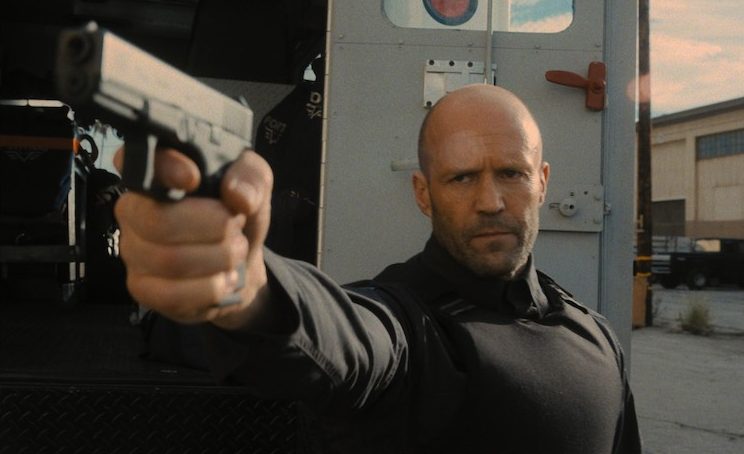 WHAT we have here is 122 minutes (including a very long list of closing credits) of secrets, suspicions and selfish suppositions wrapped in a blanket of bashings, blood and bullets.

A man – let’s simply call him “H” – satisfies the selection criteria for employment at a Los Angeles company that carries cash from businesses to banks where it gets stored until other businesses need money to pay clients or employees. “H” is very competent. None of his colleagues knows much about him.

Neither do we as we settle down to watch director Guy Ritchie’s remake of a 2004 French revenge thriller, to which it cleaves reasonably closely (same writers, aided and abetted by a trio of Anglophones including Ritchie).

We are there to watch Jason Statham avoid smiling much as “H” punches, stabs, shoots and lies about himself en route to victory over bad guys who botched an earlier heist by accidentally killing “H’s” son.

It’s not a bad movie – just a single-minded actioner using an appropriately single-minded musical score to underpin a single-minded conflict without needing application of high intellect to sustain viewers’ attention. If that shoe fits …