ACT police are satisfied that the number of officers on the beat have continued to keep the streets safe and criminal offences to a low.

But the recent stance has not quelled the Canberra Liberals calling on the ACT government to increase police presence to match per capita levels in nearby NSW by 2024.

The territory opposition also put forward a motion on Tuesday (March 20) in the Legislative Assembly to demand a “permanent” police station in the Molonglo Valley by 2022.

Standing Committee on Justice and Community Safety chair and Liberal, Jeremy Hanson, noted that police numbers in the ACT are poorer than other state or territory jurisdictions even considering the population.

But according to ACT police chief Neil Gaughan at the Standing Committee on Justice and Community Safety hearing last month, the numbers have to be put into perspective.

“We talk about police numbers all the time. It is very difficult to compare the territory with any other jurisdiction in the country because our population is fairly compacted to a very small part of the territory,” the police chief said.

“I always hear people talk about the numbers of police in a place like Tasmania.

“The fact is, it is three hours between their biggest cities – here it is literally 10 minutes and I can move patrols around very quickly.”

ACT police released figures a fortnight ago that pointed to serious crimes dropping.

Mr Hanson was drawing his case based on the latest report on government services (ROGS) from the Productivity Commission that indicates the ACT has not only the lowest number of police per capita, but fewer sworn operational staff than it did nearly a decade ago.

He has accused Labor and Greens of cutting $15 million from the police while first in power together in 2013, adding government funding has declined ever since.

“Police are stretched to the limit and as a result are taking longer to respond to reports of criminal activity,” Mr Hanson said.

“The ACT population has been increasing over the past 10 years, but unfortunately police numbers have not.”

The Molonglo Valley is Canberra’s newest district and has the most sparsely populated housing estates in the ACT, with just 5847 residents at the last 2017 ACT census.

The district also has the lowest number of crimes through the territory, less than half as many of the 328 offences in Weston Creek and 1930 less than Belconnen.

But Mr Hanson said there is a “serious need” for greater numbers of police after suggesting a “significant population growth in the area”.

The closest police station from Molonglo Valley that includes suburbs Denman-Prospect, Wright and Coombs is located 10kms away at Woden Valley.

“A lack of police presence in Molonglo Valley and the surrounding suburbs has resulted in reports of escalated criminal activity,” Mr Hanson said.

“Clearly there is a need for a permanent police station in the region to service not only the Molonglo community but Weston Creek as well.”

Minister for Police and Emergency Services Mick Gentleman has accused the Opposition of muckraking to score political points.

The ACT government announced $33.9 million in the 2019-20 ACT Budget to the policing services model to deliver more than 60 new police members in its next four years.

Mr Gentleman said the government are delivering an investment in police accommodation, including a new Traffic Operation Centre.

“Canberra is a safe city with low crime rates, which is also the best measure that we are adequately resourcing our police force.” 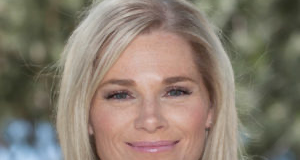 Belinda Strahorn - May 18, 2021
0
A discount voucher scheme aimed to encourage local spending is being rolled out in full next month despite its trial being declared a "dud" earlier this year.