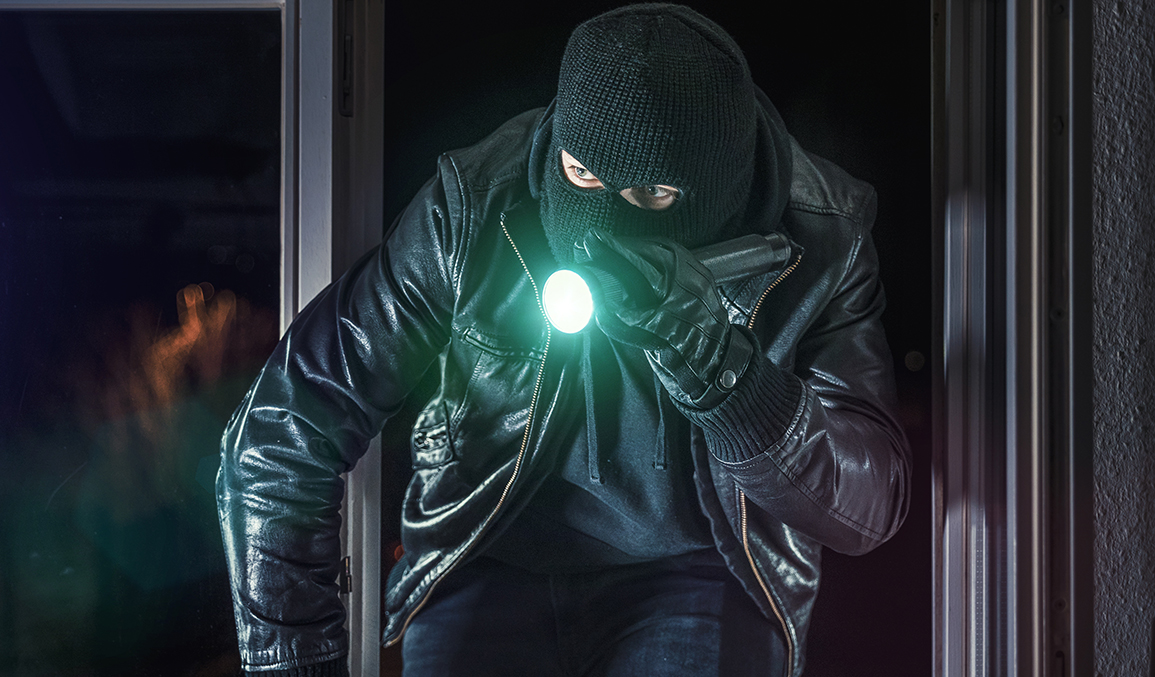 “The cars are gone!” It was Wendy, downstairs in the double garage. “We’ve been robbed!”

FOR a split second I thought it was a joke.

It was break of day and our two granddaughters had been with us after school the day before.

They both have a cheeky sense of humour and after all, it was April Fool’s Day… but then the absurdity hit home: my watch and my phone had been right there on the Chinese lowboy beside the bed when I climbed between the sheets.

Suddenly on automatic pilot I opened the nearby door to the courtyard and went barefoot into the cool Canberra air.

The big timber back gate was open, swinging on its hinges. It leads to a laneway between the estate’s townhouses. Teenagers often use it to get to a rocky knoll overlooking the Cooleman Court mall where they do whatever it is teenage boys do.

I closed it and headed back inside. The bed was empty. Then, echoing from a distance: “The cars are gone!”

It was Wendy, downstairs in the double garage.

I’m not sure who spoke the words. They were lost in a swelling landslide of horror – a few stinging rocks of realisation becoming painful boulders as they morphed into images of intruders, shadows by the bed. It felt like an endless thumping on that precious psychic membrane that protects our privacy, our safety from the traffic’s roar and the fearsome crowds.

I reached for the mobile that was no longer there. We hurried to the kitchen-cum-family room. Wendy always leaves her red handbag on the faux leather couch and inside it is the ancient mobile that my sons and I reckon is the last steam-driven phone in the west.

The couch was bare, naked.

She dashed into her adjoining study and back.

Only a woman knows the awfulness of that sentence. Her handbag is her portable identity; it contains everything that navigates her passage through the days – the Medicare, the EFTPOS, purse, change, credit cards… oh God, the credit cards. “My Visa,” she said, and the membrane threatened to collapse.

The landline on the kitchen bench – rarely used, an object of historic wonder to the granddaughters – now the last lifeline. I grabbed it and dialled 000, asked for “Police” and when I said, “burglary” the voice gave me the Canberra number – 131444. A man answered; I related what detail I could; the police would “attend” the scene asap, he said.

My turn to dash back to the bedroom – one piece of luck: they missed my wallet in the back pocket of my jeans, tossed on the floor in the small adjoining dressing room and in it my cards. The pressure eased just slightly.

But as I held it I realised I was standing just where the thief had stood in the darkness. And leaning against the Chinese lowboy was a golf stick, a five-iron I’d kept within reach since I read of a home invasion two years ago.

The thieves – at least two of them since they’d driven away both cars – could have seen it; they could have picked it up; they could have raised it above their shoulders and brought it crashing down… I saw a struggle, flashing knives, gouts of blood…

I banished the thought. Credit cards. Insurance. Action. But on Good Friday? So first, son Ben, father of those two little girls, 11 and 10.

Ben beat the cops to the scene. I called the bank to freeze the accounts while he started with the insurance. Doing something helped a little, but those disembodied voices telling me to press “one” or “three” interposed with vainglorious announcements of their products or their privacy policies made the senses roar.

And when they asked me to stay on the line to give them a rating, I raged, hesitated but then complied. They were emissaries from recovery-land.

The local constabulary arrived as a duo – Jayden and Grace both in full action uniform – he tall, dark and clean shaven, Grace short, pert and pleasantly confident. By now the sun was shining into the family room, reflecting off the pool. “What a lovely home,” she said.

Jayden and I went into my office, one wall of which is festooned with the covers of my 29 books. Jayden recognised some of the titles – the SAS biographies – “Wow,” he said. “This is great.” It didn’t feel so great, but authors crave praise the way desert-dwellers thirst for water. And he meant well. He wrote down a few details and asked me to sign. It felt like a mini-closure.

But unbeknown to either of us, Ben’s wife Sarina – a brilliant IT whiz – had traced my stolen mobile! She called Ben on his phone. The thieves and/or my car were across Lake Burley Griffin at an inner-northern suburb. In fact, she had the actual street address!

Jayden and Grace took the news calmly, doubtfully, but passed it on to HQ. Sarina called Ben again. My mobile was on the move. It had reached the top of Mt Ainslie, which overlooks the War Memorial and the lake to Parliament House. “It’s at Mt Ainslie!” he said. I dropped my phone.

By then the lads at HQ were also calling him and Sarina. They were excited because there’s only one road up and down that mountain. In fact, they were spreading road spikes across it right then. Even the dog squad was joining in. It was all systems go!

But Sarina’s system was handicapped – it only latched on to the mobile momentarily.

Continuous coverage required a major investment and without it she was a little behind real time. This meant the big operation on the Mt Ainslie road was just a minute or so too late.

However, the car – or at least the phone – was back at that original street address. In a morning of wretchedness that was at least something to hang on to. All was not lost.

NEXT WEEK: The return to recovery-land is a long and winding road.