THE inaugural Headland Writers Festival is done and dusted, but as the organisers bask in the sunshine of congratulations, plans are afoot to continue the festival on a long-term basis.

The idea has got a lot going for it, not least the spectacular physical location on a promontory jutting out into the ocean, with three focal venues — the Tathra Hall, the refurbished Tathra pub and the historic Tathra Wharf Museum.

Then there was the unusual fact that the curator, Myoung Jae Yi, who is co-owner of the Candelo Books in Bega, is also a singer-songwriter who sees songs as “evocations of the printed word [to] celebrate the emotional power of storytelling”.

With present and ex-Canberrans on the board of the hosting organisation, South East Arts, several Canberra region writers in the line-up and a fair smattering of ACT residents attending the forums, poets’ breakfasts, performances and workshops, one of the obvious directions for the future, South East Arts’ executive director Andrew Gray says, will be to strengthen the Canberra interest.

But the organisers will need to be wary of expanding too far and too fast. The very intimacy of this festival proved its great strength.

Another strength was its local focus, which saw a bunch of Candelo musicians, some of whom also performed, providing sophisticated sound equipment and good-quality catering at the hall.

Indeed, the uniqueness of this literary festival was its strong local makeup – even interlocutors like author Mark McKenna, journalist Linda Mottram and academic Annie Werner all turned out to be locals.

This local dimension was both positive and negative.

There was lively musical input from local musicians like Anactoria and Myoung’s own band, The Novellas, who, drawing on professional talents of former Canberra jazz clarinet whiz kid Phil Moriarty and actor Patrick Dickson, presented a quirky opus based on “Too Loud a Solitude” by Czech author Bohumil Hrabal, about an old man who works as a paper crusher but uses his job to save rare and banned books.

The launch of the Olga Masters Short Story Award, now administered by South East Arts, honoured the memory of the celebrated Australian author who got her start in Cobargo. This was also a good choice for opening night.

It was not such a happy match of local and imported talent when, in an open mic slot during the Saturday “Night of Poetry”, local bards read their works at excessive length, standing out invidiously against the invited line-up of terser more restrained national poets like Geoff Page, Julie Janson and Robert Adamson.

The content of the debates held the audiences and books were astutely linked, as when Melbourne writer Luke Horton’s book “The Fogging” set in Bali was matched with Canberra author Irma Gold’ novel “The Breaking”, set in the elephant camps of Thailand.

Gold stole the show in that session with eloquent affirmation of the role of fiction plays in helping people understand the world.

Young indigenous writer Gary Lonesborough’s novel “Boy from the Mish” and Bruce Pascoe’s “Dark Emu” were enthusiastically received, but much of the festival did feel genteel and middle of the road – more edgy stuff, please.

The sell-out finale performance down at the wharf was “Tales of the Sea”, readings by local actors, a sure sign that this is a festival with location, location and location. 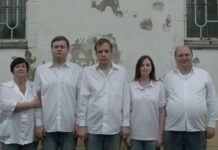 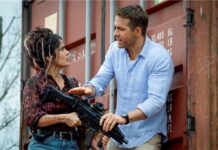 Andrew Mathieson - June 21, 2021
0
A tactical misunderstanding with a NRL rule only introduced into the game late in the season has put Ricky Stuart's coaching tenure under further pressure.