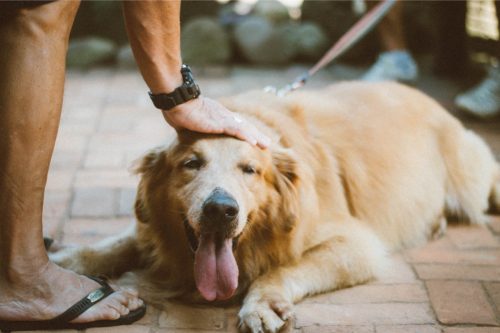 TUGGERANONG was found to overwhelmingly have the largest suburban backyard for beloved pooches throughout the ACT.

Analysis of registrations from the Domestic Animal Services have counted that 48 per cent of households in the southernmost Canberra district live with one or more dogs.

The City Services department have been sifting through the details from a recent YourSay Community Panel survey ahead of a changeover of registrations to a digital dog database.

They also discovered that more than double the number of homes in Tuggeranong live with a dog than the low 23 per cent that do in Gungahlin.

Figures from a 2016 ACT Planning Strategy census would suggest a big reason behind the sizeable gulf of dogs between two of Canberra’s outlying areas.

Tuggeranong has a territory high of 82 per cent of low density housing that ensures more space for dogs to roam around their yards compared to a modest 62 per cent in Gungahlin.

A correlation exists in the inner north with 28 per cent and inner south with 26 per cent of households living with dogs also having the lowest density housing figures of 42 per cent.

The latest government survey indicates in 2021 around one in three Canberrans own a dog.

That corresponds strongly with a similar 32 per cent of ownership in Belconnen and Woden each while Weston Creek/Molongo Valley registers the ACT’s second highest of 36 per cent.

Owners were regarded to have a “high level of awareness” about the current registration requirements.

A positive 92 per cent of the 568 survey respondents who owned a dog were both aware of registrations and had registered their dog.

The survey was conducted to collect valuable information on communicating registration to owners.