A YOUNG writer who has long been part of Canberra’s arts community is the winner of the $20,000 Vogel Literary Award for 2021.

Emma Batchelor, 32, has won a publication deal with Allen & Unwin, which launched the Vogel in 1980, for her debut auto-fiction novel “Now That I See You”, based on her experiences when her partner’s emerging transgender status shattered their relationship.

Her mum, Wendy, has worked at the Canberra Theatre Centre for 14 years, while Emma has also worked at the box office there on and off for 13 years, and still does weekend shifts, while holding down a full-time job with advocacy organisation the Australasian Centre for Corporate Responsibility. 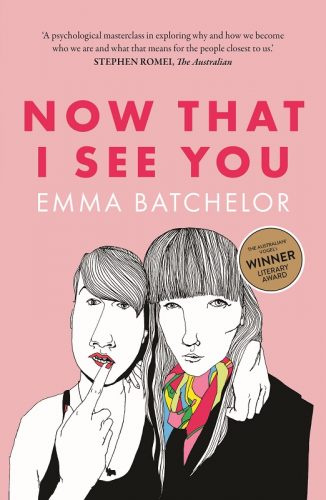 She met her partner Jesse Petrie when they were both working at the theatre, and Wendy replaced Jesse’s mum in the same admin
job there.

Her younger brother James is the brilliant dancer, James Batchelor, whose burgeoning international career we have often covered in these pages, especially for his work at the Canberra Theatre Centre. Emma danced with him until her 20s, including in James’ dance-visual arts film made during 2013 in France and the UK.

Even Emma’s family cats, whom she thanked in her acceptance speech on Friday, April 30, were born in a wall at the Canberra Theatre and rescued by the fire brigade – “theatre babies”, she says.

Although the Vogel focuses on young writers under 35, Emma is no stranger to writing, having founded and run the literary magazine “Leiden” (she was conceived in Leiden) for four years.

“My book covers a period of 18 months when I first started to think something was up, to a month after Jesse left me to focus on her transition,” she tells me – the good news is that they’re back together again.

Describing the period as “turbulent”, Emma says she had no inclination of what was about to happen (and neither did Jesse‘s mum) – “he was very good at being a boy”, she says, “and I had never questioned my own sexuality, not even given it a thought”.

At 32, Emma is aware that she could be considered an older person by the young people she sees, who nowadays have the language to describe what they feel about gender.

The book is split into three parts, “Us”, “Them” and “Me”, and is an exploration of identity, gender, sexuality, love, partnership, grief and mental health.