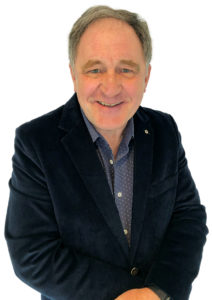 OLD age at 20 saw off Humbekhali (aka Hummer), the 5.5-metre, 1300-kilogram beloved poster-boy giraffe at the zoo.

It shared the sad news, saying: "As he approached his life expectancy [21], Hummer was in good health for his age and his passing involved no suffering.

"We take heart in the fact that he lived a long, happy life, whilst receiving the best possible care and love from all our dedicated staff, members and visitors."

One of those dedicated staff was Vanessa Pirotta, in those days a part-time zookeeper.

I remember her because I remember, despite there being way more than 550 front covers since, Hummer and her on our cover on January 21, 2010.

It was inspired by a heartwarming photograph of Hummer giving his keeper a kiss. The photographer was the legendary Silas Brown ("Snapper to the stars," I'd playfully call him). He swapped the media for horticulture and these days truly knows the meaning of getting one's  hands dirty.

And reporter Kathryn Vukovljak opened her story saying: "Not every girl would be excited about being kissed by a giraffe, but trainee zookeeper and ANU student Vanessa Pirotta says she just loves her charge’s beautiful blue tongue."

And quoted the keeper as saying: "But those gummy, slobbery kisses – there’s nothing better!”

These days she's Dr Vanessa Pirotta, wildlife scientist, science communicator and Superstar of STEM and in a Twitter call out wrote: "Vale Hummer the giraffe. Hummer was a massive part of my zoo journey at the National Zoo and Aquarium in Canberra. I worked with him for many years during my undergrad degree at ANU. I taught many children all about animal biology and African wildlife thanks to him."

Now Sydney based, her zoological background has taken her around the world for wildlife research. She's spoken as an invited marine mammal expert at the UN Food and Agricultural Organisation in Rome and been recognised as one of the "Australian Financial Review's" top "100 Women of Influence". Her media appearances include BBC World News, CBS America, ABC, SBS, Al Jazeera and Reuters.

While we all seem to have been touched by Hummer, kissing giraffes has certainly done Dr Pirotta no harm at all.

AH, the arrogance of youth. Greens leader and ACT Attorney-General Shane Rattenbury turns 50 on August 25. At a recent social event, he told one of my snouts he never reads "CityNews", hilariously calling us "grumpy, old, white men". Wrong. Most of our talented journalists are female, including our arts editor and our news editor. Our production manager is female.

We do have some highly experienced commentators, burdened by age, gender and ethnicity, who have life experience and achievement beyond Mr Rattenbury's, and write some of the most informed, incisive, authoritative political and social commentary in Canberra.

Maybe it's that part of the paper thin-skinned Shane can't stand. Who knows, things might change when he grows into being a quinquagenarian next month.

It's understood the university graduate worked for a short time in the office of NSW Mental Health Minister, Bronnie Taylor, another Nationals member, before rising to a more "senior" role in the Deputy Premier's office. 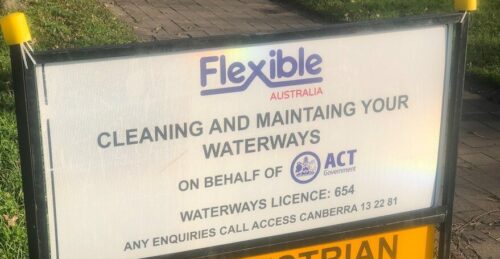 RATEPAYERS will be comforted that Oaks Estate-based specialist stormwater and sewer infrastructure firm Flexible Australia is "Cleaning and maintaing" our waterways for the ACT government. Spotted by a Kingston snout in Bowen Park.