GARDENERS often use ornaments or sculptures to enhance or add interest to their gardens.

Large country estates in Britain and Europe spend millions on their statuary and spectacular water features. And in one district garden, I saw a magnificent, full-size bronze horse and foal.

Nature can provide its own living art. I have a group of three Hibiscus syriacus that have lost their leaves, leaving long, bare, upright canes. To encourage more branches and autumn flowers, I generally recommend giving these a hard prune in winter, reducing each cane to a mere 30cm. However, I’m going to leave this task until spring, enjoying a living sculpture until then.

FOR those with an interest in the history of large country estates in Britain, it’s worth reading about Ellen Ann Willmott (1858-1934), and the 20-hectare garden she had at her country home, Warley Place, not far from London.

At its peak, she employed 104 uniformed gardeners to tend the staggering 100,000 different plant species and cultivars. She financed plant hunters, such as the famous E H Wilson, to go on three trips to China looking for rare plants. We are indebted to her for introducing many plants that are now available here, brought via early colonial settlers from Britain.

More than 50 plants are named after her, including the low-growing, open-branched deciduous shrub Willmotts Blue, or Chinese plumbago (Ceratostigma willmottianum). This is just one of hers that was given the prestigious Award of Garden Merit by the RHS. The story goes, she would patrol her gardens at night with a revolver looking for plant thieves! Willmott is responsible for the establishment of the famous and first Royal Horticultural Society’s garden at Wisley, in the English county of Surrey, south of London, by persuading her friend Sir Thomas Hanbury to donate the land to the Society.

DON’T miss a visit to the Eurobodalla and Regional Botanic Gardens, if you’re down the south coast. Large areas were affected by the 2020 fires getting too close, and one of the buildings was scorched. The saving of these buildings was vital, as a whole new development of the site had only just been completed. A new café, book shop, meeting room, plant nursery and shop were all part of this development. The super playground has now been completely restored. What they have achieved between the staff and a large number of Friends of the Gardens is nothing short of remarkable. It’s also worth having a look at their newsletter, which shows the amazing scope of the gardens.

THERE’S no better way to meet people than to join a garden club. The Horticultural Society of Canberra was the first club founded in 1929. Its aim was to foster the spirit of gardening and friendship with those of a common interest in the new national capital. 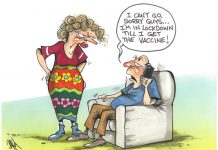 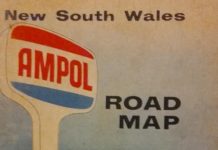 Road trips ain’t what they used to be… 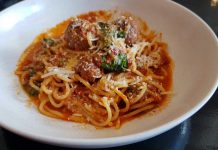 CityNews - June 10, 2021
0
Demerit points incurred interstate are applied by ACT authorities, warn police ahead of the Queen's Birthday long weekend where double demerits will be in place for four days.

Canberra leaves other capitals as the place to buy in autumn