Question Time in the ACT Legislative Assembly finished up today with a cough and a splutter somewhere between the Emergency Department of the Canberra Hospital and the taxi ranks on Bunda Street.

Before Speaker of the House Shane Rattenbury started proceedings on the subject of un-parliamentary language – Greens MLA Amanda Bresnan apologises for incorrectly hearing Opposition Leader Zed Seselja call her a fool – those in the know may have speculated this afternoon would bring fireworks, suspense, intrigue and perhaps a little biffo.

But sadly, it was not to be.

Dragging ACT Health Minister Katy Gallagher back over waiting times in Emergency the territory over, the ACT Liberal Party deposited the Assembly right back where it began. At the hospital. Although I believe the Calvary/Clare Holland House deals have been officially declared “dead, buried and cremated” to quote one of our nation’s fine political leaders.

“If you don’t agree with it, you’re not an emergency department specialist,” Gallagher told Jeremy Hanson.

While Environment Minister Simon Corbell went over electricity prices and the feed-in tariff one more time for Seselja, yes electricity prices will rise with or without the expansion to include wide scale or commercial solar, it was his foray into waste and the new draft waste strategy that really generated some methane gas.

While Labor MLA Mary Porter was keen to question Gallagher about the “cleaner, fresher air” that will apparently come as a consequence of new anti-smoking laws, Corbell was tied up in waste management – particularly focusing on energy generation through organic waste.

Which explains the $23 million the ACT is giving to the Greater Western Sydney, clearly the AFL are going to separate our rubbish.

The Liberals had a good laugh over his Anaerobic digestion, “their laughter shows how serious they Liberals are about waste management”, Corbell shook his finger and went on to describe the benefits of bio-char, up there in his top ten favourite subjects of 2010.

Liberal Alistair Coe asked about coffee cups and fruit packaging, clearly as a joke to which Corbell responded sternly,

“If Mr Seselja waltzing in here every morning with his coffee used a reusable cup, perhaps we wouldn’t have such waste.”

Meredith Hunter gave Joy Burch a Royal inquisition over the new integration of family and youth services and Steve Doszpot pushed Education Minister Andew Barr on the OECD’s latest test results showing a growing socio-economic based achievement gap in ACT schools, previously only the domain of the Greens, which was interesting.

Barr blamed everything on the Howard Government and said Naplan was better.

Alistair Coe said Barr always thought it was the Liberals fault when results are bad.

“When it’s good it’s an Andrew Barr press release!” he shouted across the chamber.

Surprisingly quiet and contained today, I suspect Hanson’s removal from the chamber yesterday was keeping everyone subdued and the Speaker on guard.

It comes as no surprise that the most interesting part of Question Time was John Hargreaves’ tie, which, he pointed out, has kittens holding balloons on it. 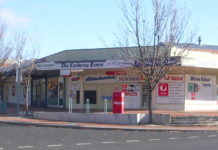 CityNews - September 22, 2020
1
Canberra property leaders are calling on the next ACT government to "urgently" address the almost 20 years of housing unaffordability in the territory.