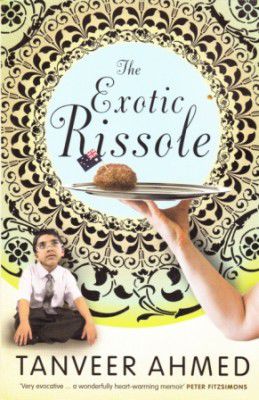 HOW important is accuracy in memoirs? How do you structure a memoir? And how forthright can one be when many of the protagonists are still around to dispute a writer’s view of his world? Three new works in this genre handle these questions in different ways.

The first of the three, Tanveer Ahmed’s “The Exotic Rissole” is comic, though the subject, growing up as a multicultural child in Australia, is serious.

To Ahmed, a practising psychiatrist, a columnist for the “Sydney Morning Herald” and a one-time TV game show participant, Australia is nothing if not exotic – like the rissoles his school-mate’s mum cooked while he was growing up in western Sydney.

Devoid of spices and washed down with Sodastream drinks, they were everything he aspired to.

Ahmed’s prose is light and full of irony. Born in Bangladesh, he was five when he came with his parents to Sydney and was ripe for the picking.

A series of boys-own adventures give way to upward mobility when, as “Tanny from Toonie [Toongabbie]”, he wins entry to the high achieving Sydney Grammar School.

Then there are his university days, a trip to Europe and his struggles with his profession that culminate in his passing the tough psychiatric entry exams that bring the memoir to a close when the author is only in his mid-30s.

While readers will enjoy the characters Ahmed paints, in the week, the most engaging aspect of “The Exotic Rissole” is his humorous handling of cross-cultural issues.

Blessed, to his mind, with fairly secular parents, he still needs to struggle with community perceptions when he marries a woman of European origins.

Plans for an “intimate” wedding shelved as they realise how humiliating this would be for his parents. Then there’s the issue of alcohol – her parents will expect that at the wedding. Ahmed negotiates astutely between his family culture and his own secular outlook.

“The Exotic Rissole” is tightly edited to focus on the author’s early days. When and how he will narrate the rest of his life? 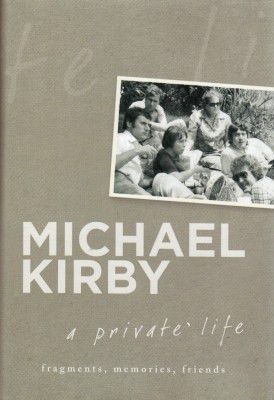 te life” also begins in the western suburbs of Sydney.  Set a  generation before Ahmed’s, it is similarly based in close observations of life in Kirby’s time, written in lucid prose with a touch of formality that hints at the future High Court Judge Kirby, so that one former prime minister is  “Mr Ben Chifley.”

There are, too, traces of multiculturalism as we discover when the young Kirby is beaten in his primary school exams by “Bobby Chong” – “Bobby Chong!” exclaims his shocked mother.

The memoir races through the school and university years to his life as a young lawyer in pursuit of  the judiciary.

Chronological narrative is abandoned for exemplary incidents and events as it becomes clear that Kirby’s main interest is to alert the reader to injustices and inequities experienced by homosexuals, both in Australia and abroad.

Eminently readable, the memoir is lightened by an unexpectedly quirky chapter, “My Friend Jimmy Dean” in which the by now eminent Judge Kirby make a side trip from the University of Indiana to visit Fairmount, the home town of his boyhood hero, filmstar James “Jimmy” Dean.

Though very early in his account he reveals a life of loneliness and secrecy, since finding a lifelong partner, Kirby has enjoyed a fuller life in adulthood that allows him to explore the question of homosexuality from a wider humanitarian perspective. His experiences visiting judicial bodies homophobic Zambia show us that there is no room for complacency. 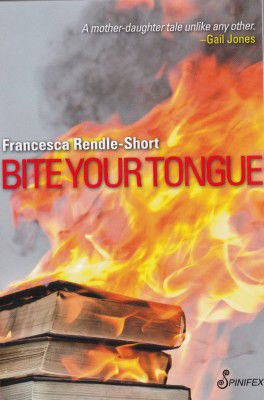 None of the lives revealed in these three memoirs is “an ordinary life,” but the least ordinary is surely seen in Francesca Rendle-Short’s “Bite Your Tongue”.

Raised as one of six daughters of two doctors – her father was a University of Queensland academic and her mother, one of Queensland’s most notorious moral rights campaigners during the Joh Bjelke-Petersen era.

Authenticating events is an important focus in Rendle-Short’s unusual narrative, “Bite Your Tongue,” as she juxtaposes fiction with non-fiction.

The non-fiction is laid out in photographs, extracts from newspapers and documents that authenticate the “stranger than fiction” aspects.

Here she is Francesca and her mother is Angel, her mother’s real name. Fictionally they become respectively “Glory” (with religious overtones) and “MotherJoy”.

We learn how apt a surgeon MotherJoy is, as she teaches the “Little Girls” (upper case is often used) how to carve up part of a beast for her famous pressed tongue dish and how she carves up a pig’s head to teach sex education.

The most scarifying part of the book, especially for any writer, is little Glory’s complicity in Angel/ MotherJoy’s fanatical burning of dangerous books like “Catcher in the Rye”, complicity born of the desire to be close to her mother.

Truth wins out against fiction in the final section of “Bite Your Tongue”, as the real-life mother’s death follows the fictional account. But Rendle-Short’s literate rendition of a steamy Queensland childhood, her  portrayal of a unique mother-daughter and her creation of a semi-fiction form make this book a must-read.