MAJOR roads and crossings across the ACT are closed due to the torrential rain hitting the region.

Residents south of Tharwa are being asked to prepare themselves over the next few days following the closure of  Nass and Smith Roads, which are cut off by floods.

NSW SES is also preparing residents in the area on the other side of the border.

An ACT Emergency Services Agency spokesperson said there were no plans for evacuation from the area at this stage but if required in the future, will be coordinated between ACTSES and NSWSES.

“ACT Government staff are also keeping a close eye of the rising waterways across the ACT including Jerrabomberra Creek at Fyshwick,” he said.

“Commonwealth Avenue off ramp to Parkes Way is still closed because of flooding.”

Canberra Avenue is also now closed in both directions between Hume Place and the Monaro Highway. Road detours will be put in place but motorists are urged to avoid the area if possible.

One  northbound lane of Northbourne Avenue, before Morphett Street in Dickson was closed to repair a collapsed storm water pipe.

Morisset Road in Mitchell is now closed, with access to Bimberi Youth Justice Centre is via Wells Station Road. Also, Paddys River Road between the Cotter River and Tidbinbilla due to flooding at Murrays Corner and Tanners Flat.

Holy Trinity Primary School students and staff evacuated from a camp at Birrigai Outdoor School have returned safely back to Curtin.

ESA are also warning motorists to take particular care on the Kings Highway.

The ACT SES has now received 152 calls for help since 3pm Tuesday, with 47 last night.

In Queabeyan, the river is currently 4.1 metres and rising, with the low level bridge on Morisset Street closed and hand rails removed.

NSW SES predict a minor flood of at least 4.2 metres. At this level, the river will remain within its banks and no property will be threatened.

According to the Bureau of Meteorology four day totals from Wednesday through to Saturday are expected to be in the range of 100 to 300 mm within southern and western NSW, with isolated larger totals possible. The ACT, Illawarra, Southern Tablelands, Snowy Mountains, and South Coast districts are likely to receive in excess of 100 mm on Thursday.

From 9am to 4am today the highest totals include 100mm at Fox Ground in the Illawarra, 91mm at Prossers Crossing near Cowra, 82 mm at Shooters Hill south of Bathurst, 77mm at Albury and 65mm at Ivanhoe.

The rain was now expected to ease across ACT and while there may be some showers throughout the morning, there were also expected to be periods where the weather was dry, an ESA spokesperson said.

“The rain may then return mid to late morning this morning, with somewhere around 20mm expected up to midnight tonight,” he said. 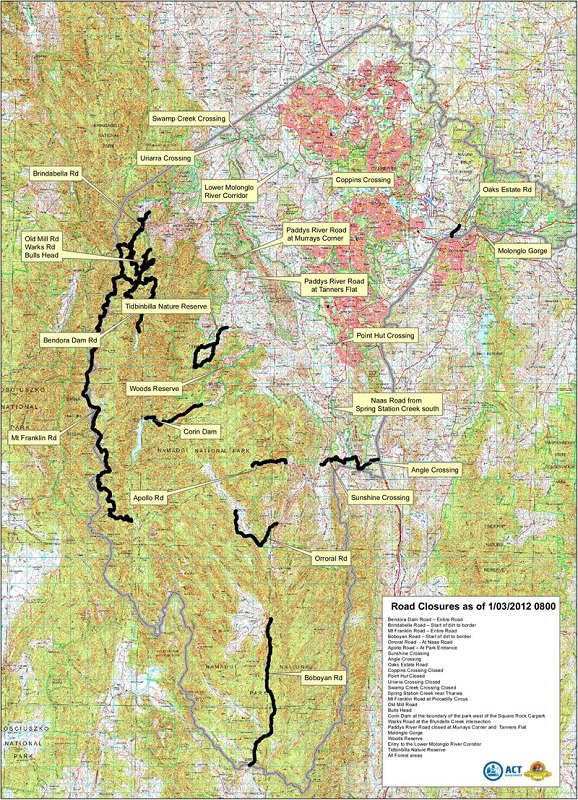