JACKIE Fairweather, an outstanding athlete and contributor to sport, was hard to get to know; she had an exterior that many people found difficult to penetrate.

Unfortunately, I wasn’t one of those who understood her well despite countless interviews during her outstanding running and triathlon career.

I say unfortunately because those who did know her well tell me that she was a different person once she allowed you into her inner circle.

They say she was self-effacing, incredibly supportive of fellow athletes, took great interest in the success of others and had an engaging personality with a sharp sense of humour.

The Jackie I knew was tough and uncompromising; take no prisoners! Perhaps that was her way of dealing with her illness. It is becoming clearer now.

Her untimely death after a lengthy battle with depression was, on the surface, hard to comprehend. What led somebody who had achieved so much in life reach the point when it became too much?

She had continued to be a high achiever in sports administration with many athletes benefitting from her ability to “cut to the chase”.

There is no doubt that to achieve what she did requires a certain amount of mental toughness. In 1996, Jackie won the triathlon and the duathlon world titles in the same year, becoming the first to do so. This was an incredible feat.

She became an inspiration to the next generation of sportswomen and many have benefitted from her wisdom. I doubt though whether she fully understood the legacy she had created, such was her personality. We all will miss her.

THE Canberra Raiders need to make a decision about Terry Campese before next season.

While Terry has been a great player for the Raiders, his contribution to the community through his charity work has been one of his greatest achievements, which makes it all that much harder for the club to make a decision.

Injuries played a role. Last year, I suggest, the effort was definitely there but his body simply wasn’t responding.

But it’s obvious that he is not part of the Raiders’ on-field plans next season.

Coach Ricky Stuart copped flak for not dropping him earlier last season. He struggled when dropped to the NSW Cup and it is hard to see him finishing his career in the second tier.

His demotion, despite being club captain, then his absence from the first month of pre-season training, simply compounded the perception that he is on the outer.

Rugby League is a business these days and Ricky’s job is to win games. There is very little room for sentiment and he must back his own judgment.

Of course, there are two sides to this story and Terry feels as though he has shown loyalty to the Raiders in the past and has made sacrifices for the club.

I believe there needs to be some form of negotiated settlement between the Raiders and Terry Campese that allows both parties to move on. 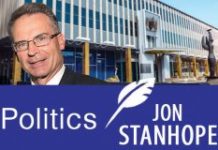 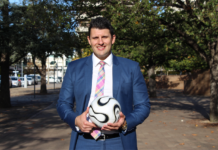