THERE has been no talk from the government around Budget time of ensuring the very wealthy and the very, very wealthy shoulder their share of the tax burden. 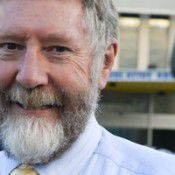 Instead, all we hear is about cutting and slashing the public service. And this is on top of the constant cuts by the Gillard and Rudd governments.

The most recent round of slashing throws down the gauntlet to our most senior public servants and particularly the Public Service Commissioner. Community groups, industry and some semi-government bodies understand the need to sell themselves and their value to the community. Our public servants make a huge contribution to community and yet this is poorly understood across Australia, making them and their work an easy scapegoat. It may not be a traditional approach of public service organisations – but enough is enough! It is time to begin the process of selling, really selling, the value of the public service to the Australian community.

An insight into the outrageous nature of the ideological drive comes from Tony McBride, chair of the Australian Health Care Reform Alliance, who says a compulsory co-payment for GP visits is one way of providing extra funding for health care, “but it is one of the least effective, targeted bizarrely at those who are sick”.

He says: “Strong primary health care is internationally recognised as the cornerstone of an effective and lower cost health system.”

The consequences of such an ideological drive would discourage low-income people – who we know have the worst health status on average – from attending their local GP or emergency department “when there are the early signs of sickness [which] is counter-productive, cruel if they are in pain, and ultimately foolhardy. Untreated diseases get worse and more expensive to cure.”

Health also illustrates the flick-pass approach taken by this government. When savings are made on primary healthcare it is the States and Territories that pick up the (bigger) bill.

Cost shifting may make the Federal Budget look good. However, ordinary taxpayers fork out at both levels of government and this way they have to pay more taxes for the same services. It is yet another example of an inequitable, ideological approach taken by the Federal government.

It’s time for Australians to return to an equitable shouldering of our shared responsibility and a commitment to “a fair go”.

According to Prof Peter Whiteford, from the Crawford School of Public Policy at the ANU, writing in “The Conversation”: “The wealthiest 20 per cent of Australian households, with an average net worth of $2.2 million per household in 2011-12, accounted for 61 per cent of total household net worth.

“The poorest 20 per cent of households accounted for one per cent of total household net worth, and had an average net worth of $31,000 per household.”

It is unsurprising that the Audit Commission set up by Prime Minister Tony Abbott and Treasurer Joe Hockey have targeted the most vulnerable in our community. After all, the exercise was specifically designed along ideological grounds.

Although there were claims of a dire Budget emergency, revenue being raised from the wealthiest through the mining taxes and from carbon pricing was given away.

The government may target the wealthy to some extent, but what it fails to do is to target the really wealthy. And the gap grows larger.

Member for Fraser, and former ANU economics professor, Andrew Leigh, recently made the point that the gap is even growing substantially between the wealthy and the very wealthy with “the proportion of wealth held by the top one per cent nearly doubling between 1979 and 2010, and the proportion held by the top 0.001 per cent tripling from 1984 to 2012.”

According to an estimate published in “The Business Review Weekly” in November 2011, “the top 84,000, or one per cent, of Australian households had an average net wealth of $11.2 million”.

Nick Overall - October 25, 2020
0
DESPITE all the fascinating new ways we're taking in television, streaming may actually be on a path to resembling more… well, traditional television, says NICK OVERALL.