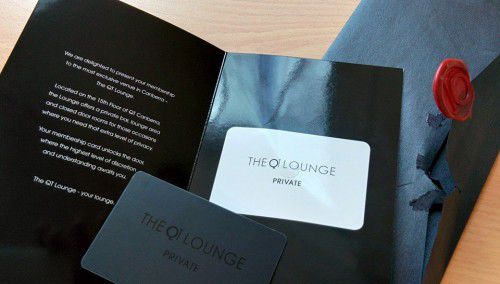 Back at the end of June a strange delivery arrived for me at “CityNews” palatial offices.

A black envelope sealed in red wax? How intriguing!

The plot thickened when I opened it to discover it contained a hotel card promising entry to the QT Hotel’s private lounge on the 15th floor of what was once the Lakeside building.

I paused at the bit where it promised “the highest levels of discretion and understanding”. That could cover a lot of ground, much of it likely to get me in trouble at home.

Curious as I was, I hadn’t managed to get there until this week when my friend Rafe also received his card in the mail.

Rafe was vaguely hopeful that, like the chairman’s lounge at the airport, there might be free booze involved in this membership.

I was reasonably sure that there’s no free membership in the world that also comes with free booze.

But last night, not entirely sure what we were getting into, we ventured into the QT foyer.

The lifts seemed like an obvious step, so we bundled ourselves into one trying hard to look like we belonged there.

We hit the button for the 15th floor and nothing happened.

We looked at our cards, we looked around the elevator.

Tentatively Rafe stuck the card into the card shaped slot by the elevator door. He hit the button for 15.

Disco! The button lit up, the lift did likewise and we were whisked into the sky.

The barman looked a little surprised to see customers and an imported Italian beer cost $9.

But the views! The views are glorious and the chairs are very, very comfortable.

Complimentary pistachios appeared out of nowhere and the music is at a level where conversation is comfortable.

It felt a little bit like being in an Austin Powers movie except for the complete, and slightly disappointing, absence of dancing girls.

Secret doors lead off from the main bar to private rooms.

Kicking it up a notch we inspected the cocktail menu where prices hover around the $18 mark.

My Moscow Mule, it must be noted was impeccably made and presented in the proper copper mug. 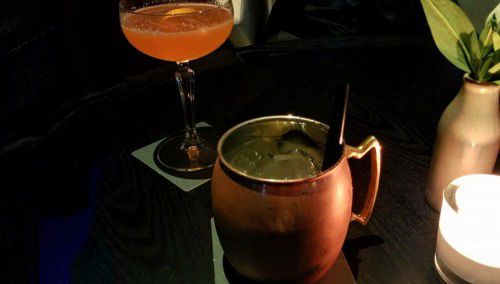 The wages of journalism do not run to making this sort of thing a regular event, but it’s certainly a unique and rather exciting niche in the Canberra market.

If you’ve got a membership check it out.

If you haven’t made the list then you might have to offer to buy a cocktail for someone who has.