WHEN Smoque first opened in 2012, dishing up southern American barbecue food in Civic, Canberrans were happy to line up down the street and around the corner to get a spot for lunch or dinner.

It was a success story, such that Smoque eventually opened another outlet in Woden, where it forms part of the Abode Hotel.

At Smoque in Woden, you order at the counter, grab a number and find a seat. The outdoor deck area is massive and gets a good hit of sun during the day, making it a cosy place to sit in winter.

Smoque serves up fast because all the hard work is done before service begins. Meats are rubbed in a spice mix and smoked over hickory chips at 85 degrees for 16 hours, so don’t confuse the method with grilling. The smoke brings out the clean flavours of the meat and gives it a pinkish colour, which some mistakenly equate with being underdone.

Everything is prepared from scratch in the kitchen, so the food is free from added preservatives (big plus).

We were lunching and my friend ordered the brisket chilli with corn chips and sour cream ($14.90). We asked if it was “hot” or “hot hot” and were told that the notion “hot” is an individual thing. Tell us something we don’t know, I thought. So we rephrased the question and asked if it was hot enough to create a burning sensation. The answer was “no”. It should have been “yes”, so much so that the dish wasn’t finished. I tucked into a bit to test for myself. I love heat and the dish was up there on the Richter scale.

My Thanksgiving Salad, on the other hand, was a little underwhelming with taste. I give it full marks for being a generous size and loaded with goodies, such as chicken, quinoa, pumpkin, toasted pecans, red onion, goat’s cheese, heaps of spinach and fresh herbs.

It was tossed with a light lemon vinaigrette. It’s a super-duper healthy option if big racks or stacks of protein aren’t your thing, but I wasn’t delighted with the gristle.

I want to go back for the famous sloppy Joe sandwich – meat smothered with chilli and cheese ($14.90). My mum used to make sloppy Joes for us when we were kids as a treat.

And speaking of mums, Smoque has a kids’ menu. All meals ($9.90) include a soft drink and ice cream. 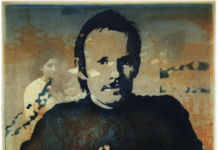 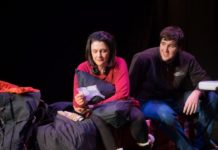 CityNews - March 30, 2020
0
How are the most serious COVID-19 cases treated, and does the coronavirus cause lasting damage? Respiratory specialist PETER WARK explains.