IT IS one of the oldest clichés of the theatre to say that a production will appeal to all age groups from 5 to 95, but in the case of Theatre of Image’s stage adaptation of Wu Cheng’en’s 16th century novel “Journey to the West”, opening today, it’s a cliché come true. 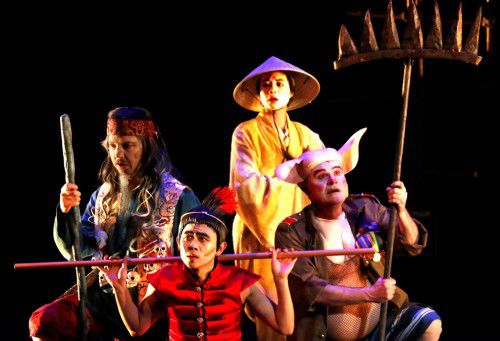 For co-directors Kim Carpenter and John Bell have let fly with an extraordinary mixture of ancient storytelling, religious and philosophical reflection, salacious naughtiness, dark malevolence and cannibalism in creating a mighty epic on stage.

Indeed, when I saw the production at the Sydney Opera House last week, I was surprised by how substantial this “Monkey” production turned out to be. That, of course, is no accident. Director and founder of Theatre of Image, Carpenter, has been researching the ancient tale for many years, travelling as far as Hong Kong to study earlier sources.

Among the general public, there are people of my generation who were absolutely besotted with the strange cult Japanese TV series of the late 60s and early 70s, splendidly dubbed into English, showing the travels of the pure young monk Tripitaka to bring back the sacred Buddhist scripts from India.

This stage condensation of a mighty tale focuses, like the TV series, on Tripitaka’s unlikely companion-pilgrims – the disobedient Great Sage Monkey, the gluttonous, lascivious Pigsy and the politically correct philosopher-monster Sandy. Given that even Tripitaka is prone to human faults, they manage to cover almost all the deadly sins between them. But they have good hearts.

This production has just about everything – music, terrifying athletics from Team9Lives, young Sydney Parkour experts, huge puppet-ogres that make crunching sounds as they devour human beings, tiny puppets disappearing into the sky, and a team of versatile actors capable of performing everything from the benign Goddess of Mercy to the most malevolent Snake Demon.

While Carpenter’s beautiful backdrops and painterly illusions capture the imagination, his co-director John Bell has the actors performing a strange mixture of Shakespeare’s ‘Comedy of Errors’ and Goldoni’s ‘The Servant of Two Masters’ in an enticing two hours of slapstick, deliberately coarse acting, where the odd moments of pantomime seemingly bely the serious Buddhist message that lies at the heart of this tale.

In Sydney I was part of an audience largely comprised of children, with a few slightly scandalised adults more worried about the naughty fart jokes than the fact that monsters were eating people.

As the production proceeds in Canberra, home to the very bureaucracy this production ridicules, it will be interesting to see just what the adults make of it.

Kim Carpenter’s Theatre of Image. “Monkey… Journey to The West”, at The Playhouse, April 23-25, bookings to canberratheatrecentre.com.au or 6275 2700 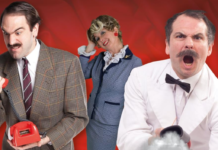 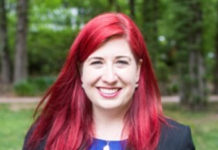 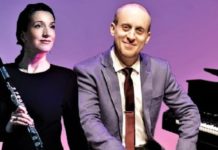 Helen Musa - November 30, 2020
0
In arts editor HELEN MUSA's latest artsday column, she previews an event that looks back at Canberra's historic pie cart as well as other events such as concerts and theatre shows.