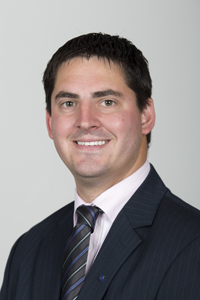 ANDREW Wall says Andrew Barr needs to answer questions about the alleged involvement of the ACT government with the Construction, Forestry, Mining and Energy Union (CFMEU) regarding an alleged attempt to stop a local business from working on a government school project.

“Today’s media reports about this issue relating to the construction of the Coombs Primary School raise questions about the level of influence exercised by union officials on ACT government projects. The allegations that now assert strong links with the Barr government and certain directorates need to be refuted by Andrew Barr,” Andrew said.

“The Chief Minister needs to answer the following questions:

“The Barr government needs to explain what arms length oversight is in place given its political links to the union movement. ACT businesses and workers alike deserve to be treated fairly,” Andrew concluded.

Michelle Grattan - August 4, 2020
0
Premier Daniel Andrews estimated 250,000 more workers would be stood down as a result of his government’s measures, which run for six weeks, writes political columnist MICHELLE GRATTAN.