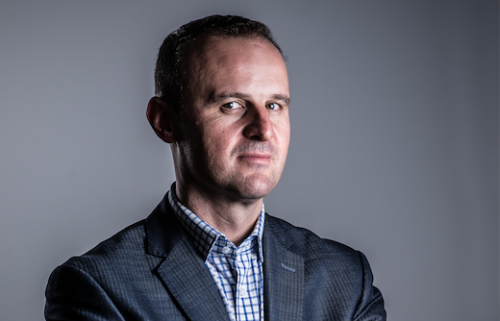 ANDREW Barr says the Federal Liberal government has continued its assault on Canberra in their latest budget, with more cuts to jobs and cultural institutions.

“This budget is an exercise in breathtaking hypocrisy,” Andrew said.

“Despite the Tony Abbott-style three-word slogan of ‘jobs and growth’, their so-called efficiency dividend and cuts to cultural institutions will see more than a thousand Canberrans lose their jobs. And it’s pretty hard for a Canberra small business to grow when the Liberals keep sacking your customers.

“With their attack on our cultural institutions and continued job cuts, the Liberals have broken their word to Canberrans after the previous Prime Minister assured me the cuts were over.

“The ACT government will continue to stand up for Canberra. We’ll keep investing in infrastructure like the new teaching hospital at the University of Canberra, roads upgrades and the first stage of light rail to keep the economy moving. We’ll keep working hard to diversify the economy.

“The only ray of light for Canberra in the budget is that Malcolm Turnbull has increased the Federal Government’s support for stage one of Canberra’s city wide light rail project, providing an extra $7 million to the project through the asset recycling scheme. A more than 10% increase in funding puts the total Commonwealth contribution at $67 million.

“Otherwise this Liberal budget puts high income earners and big business before everyday Canberrans. It isn’t a plan for the future, it’s a plan for cuts.

“The budget confirmed our worst fears that the efficiency dividends placed on the Australian Public Service will continue. ACT Treasury estimates that this will result in around 1,400 Canberra based job losses – putting job losses in the capital at over 10,000 since 2012.

“As the ACT government diversifies our economy by boosting our tourism industry, and with international flights set to begin later this year, the Federal Liberals are offering no support by cutting funding to many of these organisations. It’s appalling the way the Liberals are treating these important institutions.

“The Prime Minister’s attempts to neutralise health funding as an issue does not go far enough to address the funding crisis that all state and territory governments will be facing in the coming years. There was never a unity ticket on health and education funding – another broken promise that will hurt Canberra families.

“We know Liberals sack Canberrans. While Federal Liberals continue to sack people in Canberra, and the local Liberals sit idly by, my government is sticking up for Canberra.

“We have achieved success in turning the ACT economy around. We have restored jobs growth and kept our economy moving. We have retained our AAA credit rating. We have been creating jobs for Canberra families with investment in projects that support productive capacity in our economy.

“The forthcoming ACT Budget will again reinforce our commitment to Canberra – by investing in our city’s infrastructure and creating and retaining jobs. We will be supporting our economy by investing in our schools and hospitals, supporting the NDIS and we will continue to improve the city’s public transport.”