REPORTS are in from the 51st National Folk Festival of attendances between 46,000 and 48,000 for this year’s Easter event. 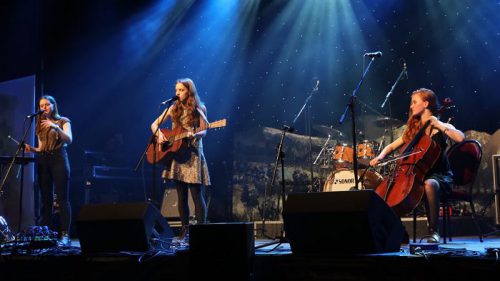 Over 200 national and international acts came to town for this year’s Easter event at Exhibition Park, and the weather held good for the five days of the festival.

As “CityNews” predicted, stand-out artists of the Festival were National Folk Fellow Jessie Lloyd for her “Mission Songs” project who performed to packed-out houses with a line-up of top indigenous artists, presenting a rare collection of early Australian indigenous contemporary songs that were performed on missions and settlements.

The National Folk Festival Awards saw indie singer-songwriter Loren Kate, who grew up on the Central Coast of NSW, take out the Lis Johnston Award for Vocal Excellence, while the Gill Rees Award for promising young musicians went to the youthful duo Charm of Finches from Melbourne. The Folk Alliance of Australia Youth Folk Award went to Brisbane singer, songwriter and cellist Monique Clare, and the Peter J Daly Memorial Award was won by Victorian all-girl group The Drowsy Maggies.

The 52nd National Folk Festival will be held from March 29 to April 2, 2018. Expressions of interest for 2018 will be open to artists at folkfestival.org.au from June 1 to July 14 this year.