It came as no surprise, therefore, to find a sculptural installation called “Carp Diem”, spotted as “CityNews” walked through the Canberra Grammar School’s outdoor sculpture festival a few days ago. With the meaning of “seize the day”, the words are taken from one of Roman poet Horace’s odes to signify the importance of the present day and Williams’s schoolmaster was seen lecturing in a stupor in an institution not unlike CGS.

But hang on, Canberra sculptor Rosalind Lemoh’s work is not spelt the Roman way and indeed it turns out she has devised a wicked twist on the saying in her series of river carp cast in concrete, with just one polished bronze fish among. Set in a line on the grass, they are intended to signify “the way in which we value and assist the lives of different species within our code of ethics”.

Elsewhere, site specificity was the order of the day. The winning work in the the 2017 CGS Harris Hobbs Outdoor Sculpture Prize of $10,000, donated by Canberra landscape architects Karina Harris and Neil Hobbs was the industrial looking “Conductor V” by Peter Vandermark, which appears to emerge effortlessly from the walls at the entry to the school’s quadrangle.

Tobias Bennett’s “Wild brumbies” gallop down the centre of that quadrangle.

Sally Simpson’s “Ritual Masks” peep out March near the bronze plaques signifying the school’s connection to British counterparts like rugby and Westminster.

One of Stephen Harrison’s apocalyptic man-horses, with a Yorick-like skull in hand, rests under a tree with a painting of a different sculpture nearby.

Elsewhere, there is extra terrestrial strangeness, as with Nigel Dobson’s “Portal” a spacecraft conceived by the artist as “a portal to the sky”.

Wai Ling Louie’s “untitled form” simulates itself into the garden as an exotic plant made from recycled materials.

Heidi McGeogh’s “Vessels of change” turn 44 gallon drums into objects of beauty – we should see more of these – while SA Adair’s  “Reverb2” nestles among the autumn leaves like a patterned carpet.

Weeks ago, Grammar art teacher Trevor Dunbar told “CityNews”: “It is the intention of the school to make the campus a living gallery for our students and staff to engage with.”

We can now add, “and for the general public too.” It’s well worth a leisurely walk through the grounds during this spectacular autumn weather.

“Sculpture on the Campus”, Canberra Grammar School, 40 Monaro Crescent, Red Hill, until Saturday, June 18. Members of the public are welcome throughout the festival season. 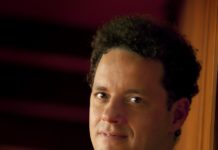 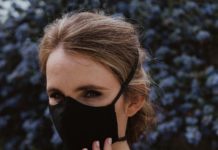